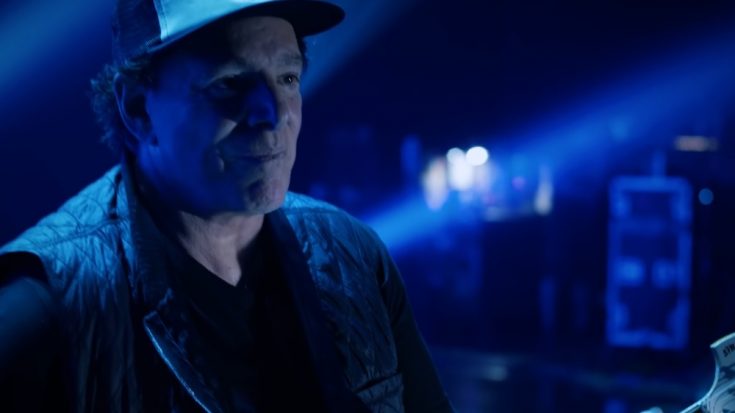 The said record has been under production for a few years already and was reported to have been completed as early as 2017. The album was produced by Narada Michael Walden, who also became Journey’s new drummer during a recent lineup change. Schon hoped to release the album in 2018 along with plans of a tour that had an orchestra with it.

“Coming early December,” Schon tweeted, accompanied by what appeared to be the album’s sleeve artwork. “There are some interesting covers on here, as well as originals written and produced by Narada Michael Walden. Jimi / Prince / John McLaughlin / Stevie Wonder / Beatles / and Journey. There’s some very healing music for this Christmas,” he added.

“There is live orchestra on the record, which is why we figured we’d go that way. It’s very melodic, powerful and majestic. There’s also some fusion on it. We did some cover tunes, but most of it is written by Narada. He produced it and played the hell out of it, on drums. We got his bass player, Buddha, playing on it. It sounds really solid and it’s probably one of the best sounding records I ever made,” he shared with Michael Cavacini.

Schon has also been busy with Journey’s new material being recorded. “Given that the pandemic has been going on and we haven’t all yet been able to be in a room together, it’s going really, really amazing. And we’ve got, like, 13 new tracks in the can that Arnel [Pineda] is now singing on. But the band is on fire, man. I’m excited about this record. And I believe we’ll start releasing things after the New Year,” he told Eddie Trunk in October.

“But yeah, I think the band is on fire, man. It’s been really pretty much either Jonathan [Cain] working in his studio, sending us a track, and then we’re overdubbing on it, or it’s Narada [Michael Walden] and I playing live together, which is working quite well — just drums and guitar. And then we send it to Randy [Jackson] and to Jon, and then have Arnel on it. So, it’s coming together, man. For being a virtual record, it sounds amazing,” he added.