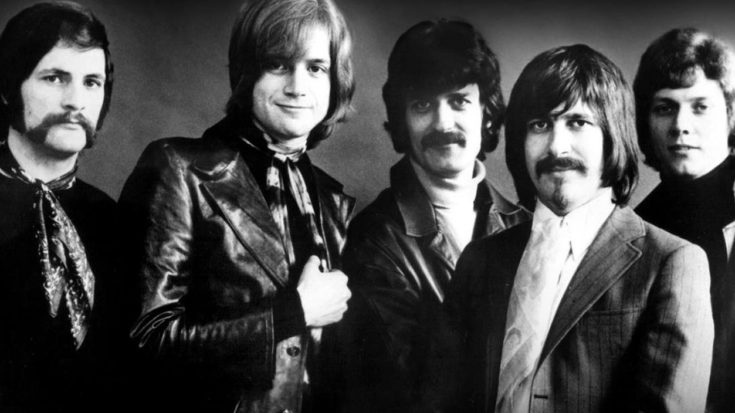 Christmas has come early for British rock legends Moody Blues and their devoted legion of fans around the world. After decades of waiting, hoping, wishing and wondering, this morning it was announced that Moody Blues are to be inducted into the Rock and Roll Hall of Fame, an achievement that finds fans breathing a weighty sigh of relief that one of rock’s most deserving bands is finally getting their moment in the sun.

“I’m extremely grateful to the Rock & Roll Hall of Fame, first for creating the supreme temple to all that has brought endless joy into my life since I was a small boy, and now, after all these years, for including us. It’s a privilege to be celebrated in the same building, on the same street even, as my own heroes – Buddy Holly and the Everly Brothers – and now, at last, with us, my heroine Nina Simone. But all the thanks must go to The Moody Blues fans for giving us a wonderful, wonderful life in music – our induction has now validated the music they so love, and I’m so, so pleased, for us all. Yippee!”

Along with current members Justin Hayward, John Lodge and Graeme Edge, former Moody Blues members Ray Thomas and Mike Pinder are also up for induction as they join fellow Class of 2018 inductees Bon Jovi, The Cars, Dire Straits, Nina Simone and Influencer Award winner Sister Rosetta Tharpe in being counted among some of rock and roll’s most celebrated bands and figures. Celebrations began early this morning as the Moody Blues took to social media to share the news, offering their own perspective on their long awaited induction:

The Moody Blues’ induction into the Rock and Roll Hall of Fame comes hot on the hells of one hell of a year for the band; in February they announced an epic 50th anniversary tour in celebration of their landmark 1967 album Days of Future Passed, taking fans back in time and back down the strange, wonderful road their first full length studio album took them down.

“I want to thank all of my peers who bestowed the honor of voting us in. Most of all, I’d like to thank all of our fans who have supported us over the years, and have steadfastly stood by us. I would also like to thank the Rock & Roll Hall of Fame foundation for putting a cap on my career; one that continues to astonish me with its gifts.

With countless No. 1, Top 5, Top 10, Top 20, Top 40, Multi-Platinum, Platinum and Gold albums and singles under their belt and sold-out tours making them one of the top-grossing album and touring bands of all time, it’s easy to see why the Moody Blues’ induction is such a joyous moment for fans and critics alike: it’s justice personified. Congratulations, Moody Blues!