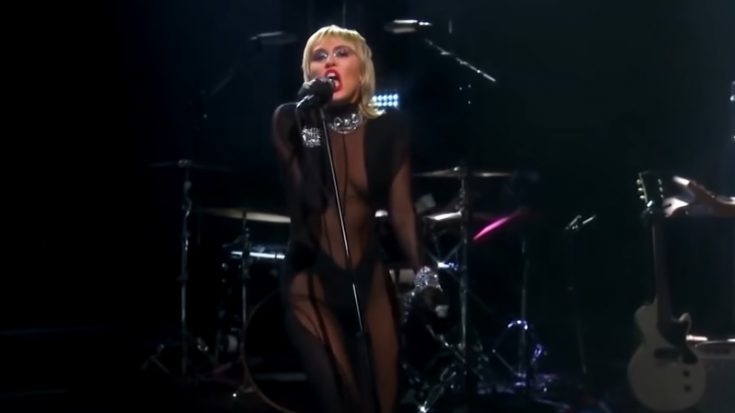 Miley Cyrus just covered Blondie and Hall & Oates, two new additions to her belt of classic rock artist renditions. She did “Heart of Glass” for Debbie Harry’s iconic act, while the fresh pop-rock duo had “Maneater” borrowed from their catalog.

For her set at the iHeartRadio Festival, Cyrus did Blondie’s first no. 1 hit single “Heart of Glass”. Since the coronavirus outbreak is still rampant, the festival’s venue has been moved from the usual Las Vegas locale to Los Angeles and Nashville. This also meant that the artists performed without a physical audience, although fans can still catch up to the show on CW Network and FuboTV. Apart from Cyrus, other acts and artists also performed like Bon Jovi, Coldplay, Alicia Keys, Keith Urban, and BTS.

Cyru’s rendition of the Blondie classic was vanilla, but her delivery of Hall & Oates’ “Maneater” saw a different approach. The Motown-influenced groove was omitted and instead started with a brooding and raw introduction that progressed into a heavy rock rhythm, complemented by her husky vocals. She also performed the song on The Tonight Show with Jimmy Fallon.

John Oates said in 2014 that their chart-topping hit wasn’t really about a femme fatale but rather the vibe New York City emitted in the early ’80s. “It’s about greed, avarice, and spoiled riches. But we have it in the setting of a girl because it’s more relatable. It’s something that people can understand. That’s what we do all of the time,” he disclosed.

Cyrus’ band still observed social distancing and mask-wearing protocols during the performance. She is currently promoting her new single, “Midnight Sky”, which is currently placed 39th on the Billboard Hot 100 and peaked at number 14 on release. It is part of an upcoming album titled She Is Miley Cyrus, which hasn’t been announced for release yet.