Mick Jagger’s Women Through The Years 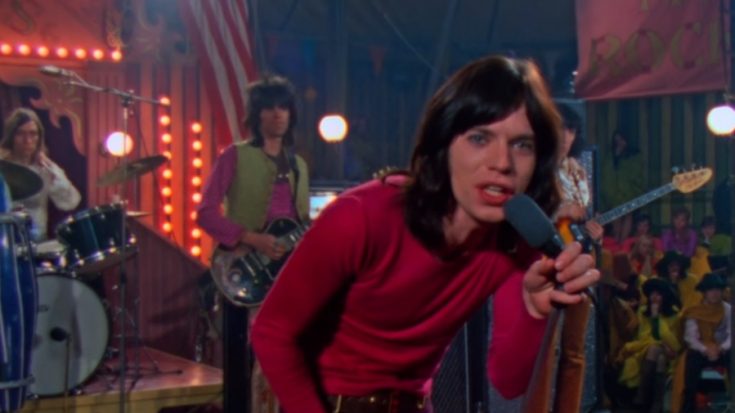 When you’ve got the moves like Jagger, associating with the opposite sex is like taking candy from a baby. And Mick Jagger certainly lived up to this reputation, even siring several children from these relationships. Take a walk down memory lane with some of Jagger’s love interests (we’re saying some because this isn’t the comprehensive list).

Jagger began dating Chrissie Shrimpton when he was just a student in 1963, the frontman still doing small-time gigs in local clubs. The couple was allegedly engaged but broke up after Jagger had an affair with Marianne Faithfull.

Iconic muse Marianne Faithfull dated Jagger from 1966 to 1970 and even had a song written about her. Everything was far from smooth sailing though, with Faithfull’s drug issues and Jagger’s infidelity being a constant sower of discord between the two. Just as they broke up, she slept with Keith Richards as payback for Jagger being involved with Anita Pallenberg.

Jagger had an affair with Pallenberg while they were filming Performance. Pallenberg was dating Richards at the time and had also dated Brian Jones in the past.

American model Marsha Hunt moved to England and began seeing Jagger in 1969 while he was still with Faithfull. She birthed Jagger’s first child, Karis, where she fought a legal battle with Jagger to get him to support his daughter. She won the suit in 1979.

Just before the birth of Karis, Jagger met Bianca Perez-Mora Macias at a party. They were married in less than a year come 1971, while Bianca was pregnant with their daughter, Jade. The pair divorced in 1979, referring to Jagger’s affair with Jerry Hall as the reason for the breakup.

Jagger had his longest relationship with the supermodel Jerry Hall, whom he began dating in 1977. The two allegedly had a Hindu wedding in 1990 in Bali, but was invalidated by a British Court because they lacked paperwork. The pair have four children: Elizabeth Scarlett, James Leroy, Georgia May, and Gabriel Luke. They split up in 1999 after learning that Jagger had sired a child with Brazilian Model Luciana Gomez.

French model Carla Bruni met Jagger sometime in the early ’90s while he was with Hall and she was with Eric Clapton. Hall found out and thwarted it, but they reconnected again later.

Luciana Gimenez was the breaking point for Hall when she learned that the Brazilian model gave birth to Jagger’s child, Lucas Maurice, in 1999, with DNA evidence backing the claim. Hall received $15 million after she split with Jagger.

Model, stylist, and fashion designer L’Wren Scott met Jagger back in 2001 and were together until she committed suicide in 2014, at the age of 49. Jagger was away on Australia for a Stones tour when it happened.

Jagger and Melanie Hamrick – a dancer in the America Ballet Theatre – met shortly before Scott’s passing, where she reached out to him as a friend. By June 2014, the pair was spotted on a hotel balcony together in Zurich. She is the mother of Jagger’s eighth child.