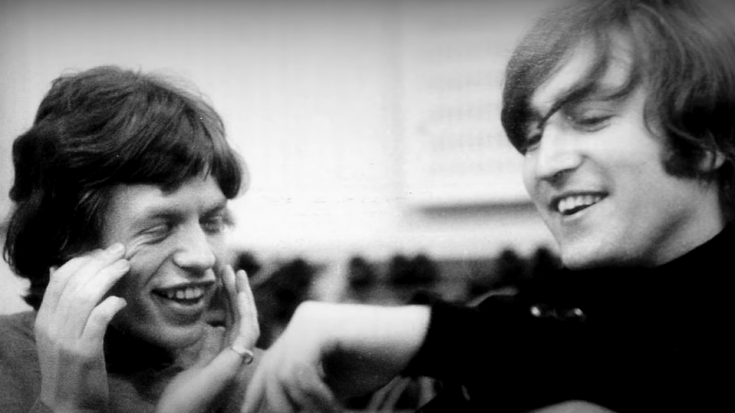 The Rolling Stones and The Beatles’ relationship with each other is often the subject of many debates. While a lot of media publicities would point out to you that the two do not get along and will likely keep it that way; certain newspapers, social gatherings, and countless stories could prove to you that this “beef” that the two have is nothing but a hoax.

In this one video entitled “Mick Jagger & Keith Richards Visit The Beatles at Shea Stadium Concert (1965)” posted on YouTube by the channel named Yesterday’s Papers, it was explained how the two bands met on and before the iconic Shea Stadium concert of The Beatles. A lot of unlikely occurrences happened inside the momentous adventure of the Fab Four while navigating the U.S through an appearance of The Ed Sullivan Show and the then-biggest concert attended by many. The height of Beatlemania was at its peak there.

Moreover, security is extra tight on the mass hysteria; people couldn’t just come and go inside the hotel that The Beatles are staying in. And even if you’re a celebrity, there’s still a huge chance that you won’t get to see the quartet and congratulate them. But lucky for the Stones, they were let in due to the insistence of the Beatles themselves. Mick Jagger and Keith Richards, the only Stones present at the occasion, interacted with John Lennon, Paul McCartney, George Harrison, and Ringo Starr, and even got to join them at the after-show celebration to commemorate the success of the band’s concert.