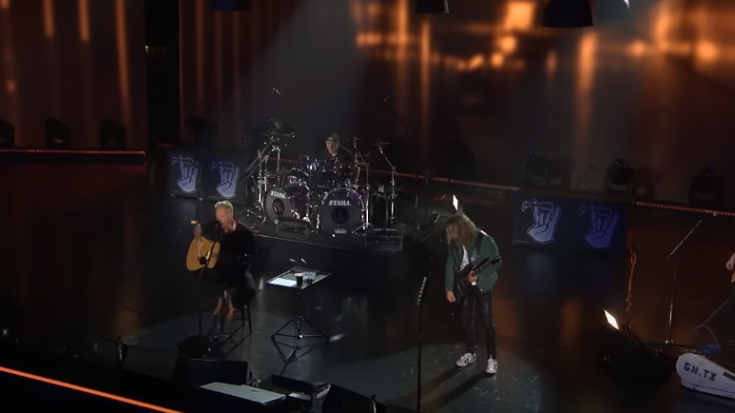 The Microsoft Theater in Los Angeles was the site of Metallica’s third annual Helping Hands charity concert, which took place on December 16, 2022. This night was extra remarkable because it was Metallica’s final live performance before the M72 tour begins on April 27; the Microsoft Theater only seats around 7,000 people. The M72 tour will be a gigantic, two-year, international tour in support of 72 Seasons album.

The set also came alive with two of their original songs, and another Thin Lizzy cover, “Whiskey In A Jar.” Furthermore, despite their obvious respect for the English rock band, this is the first time Metallica has ever performed a UFO cover live.

Vocalist James Hetfield introduces the song with a short message: “Metallica does cover songs because it’s fun. So, here’s another song that Lars [Ulrich] has been wanting to do…so blame Lars if it’s really good.”