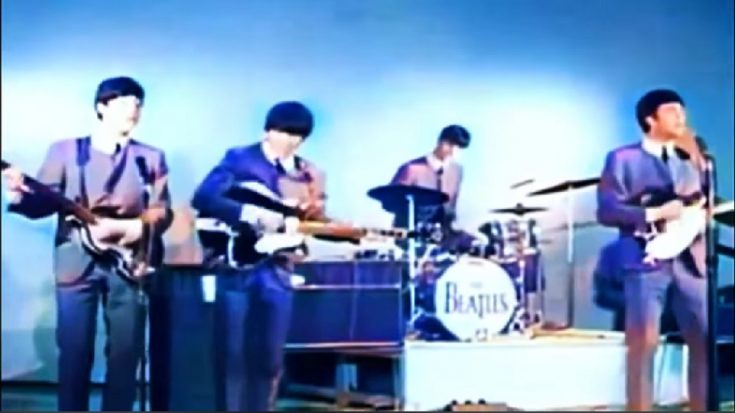 From January 1960 to September 1967, the BBC Radio program Easy Beat aired on the Light Program on Sunday mornings across the United Kingdom. What’s innovative about this project was that it was one of the first shows on the BBC to feature popular music; Enter The Beatles, who was one of the hottest bands in the UK in the 60s.

After signing at EMI’s Parlophone Label, The Beatles were off to release their debut album, Please Please Me. Albeit gaining a sizeable following already despite not being an official artist, it was the release of their album that catapulted them to immense fame and fortune. Its single, “She Loves You” is often considered the one song that started the spark of the so-called “Beatlemania” phenomenon.

While doing heavy promotion for their new album, The Beatles stopped by BBC’s Easy Beat on 20 October 1963 to perform. This was the Fab Four’s fourth appearance on the radio program, following appearances in April, June, and July of the same year.

The entire performance can be seen with The Beatles singing four of their then-newly-released songs: “I Saw Her Standing There,” “Love Me Do,” “Please Please Me,” “From Me To You,” and “She Loves You.” The latter’s set can be seen from the archived footage of the band in High Definition. Take a look below.