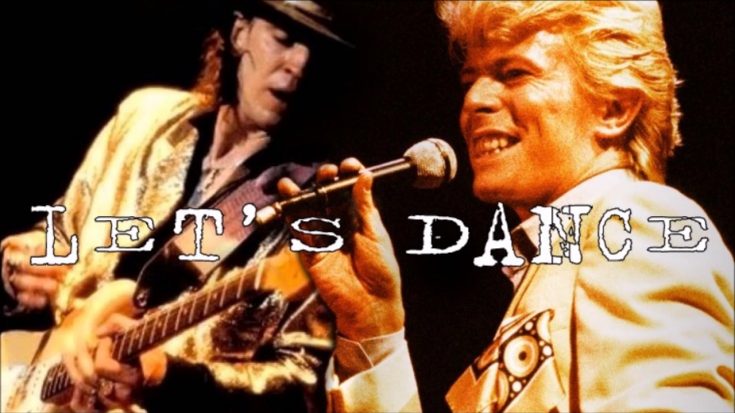 When the legendary David Bowie decided to take his career to a whole level in the 80s, Let’s Dance (1982) was born. Off to a fresh start, he hired Nile Rodgers to produce his record and decided to hire whole new personnel to help him achieve his artistic demands. That’s how Stevie Ray Vaughan met the English superstar.

Stevie Ray Vaughan, at this point, was making a name in the blues arena. Going in and out of the clubs and reliving the once-forgotten genre of music, Vaughan and his band Double Trouble were keen to stamp themselves in the name of fame and fortune. So, by the time when Bowie heard of Vaughan’s intense playing and decided to let him provide his talent for the album’s titular track, Stevie Ray knew that the opportunity was too good to pass.

Bowie was right on his choice; when Vaughan played the funk groove of “Let’s Dance,” he was blown away. The soaring riffs that the guitarist provided were well-suited to Bowie’s taste. It’s exactly what he wanted when he pictured out this single to come out. Aside from that, the thriving guitar solo of Vaughan is beyond inexplicable. The single itself became one of the best-selling ones from David Bowie.

Vaughan was given another chance to perform with Bowie, this time on-stage for the singer’s Serious Moonlight tour. But Stevie Ray left for multiple unconfirmed reasons (one of which was how Bowie made an unfulfilled promise to let Double Trouble play as his opening act). Still, it’s a moment of glory to let these two rock legends share a studio and produce one of the finest works in the annals of music history.

Listen to the isolated guitar solo of Stevie Ray Vaughan for “Let’s Dance” below.