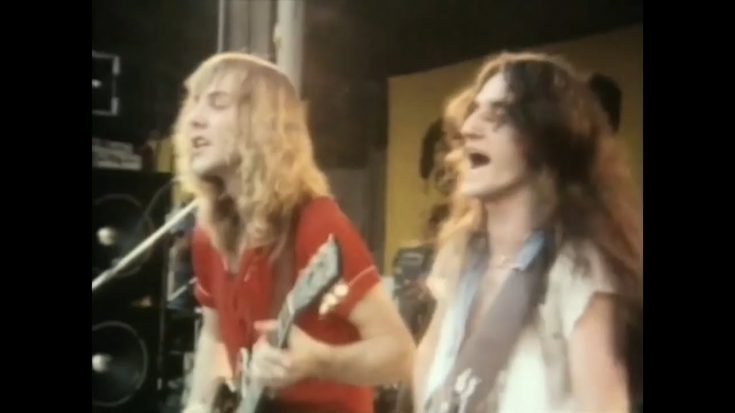 Rush found ease in live performances. Although they were these standard, studio guys who work their minds off to create songs with the comfort of studio equipment, nothing felt better than the presence of thousands of screaming fans, all ready to hear what these trio have prepared for them.

With the release of the band’s 1978 Hemispheres album, Rush could finally say that they’re one of the most sought-after bands of all time at this point. Their popularity in the UK went to sky-high levels, establishing themselves as prog-rock heroes, who want nothing but to provide music to those who want to listen.

In support of the album, the Canadian band embarked on a lengthy tour that started in October 1978 and ended in June 1979. Right towards the end, the band decided to say their farewell at the annual Pinkpop Festival in Geleen, Netherlands, which was a good idea filled with some minor glitches.

For unfortunate reasons, since additional artists were slated to perform at the festival, the usual Hemispheres tour repertoire had to be shortened. Moreover, the first three sections of “2112” were not recorded in their entirety since the recording was interrupted for unclear reasons. Even though the recording didn’t begin until later, it’s possible that “Anthem” was the first song played. The opening remarks of Geddy Lee all but confirm this. This recording fades out in the final moments, interrupting “Something For Nothing.”

This show was given an official release for the Hemispheres 40th Anniversary collection. On this release, the Pinkpop version of “2112” is omitted, and instead, the version from the Offenbach show (28 May 1979) is included as the set’s final track. But, amid the setbacks, Rush’s Pinkpop Festival was an overall great show!