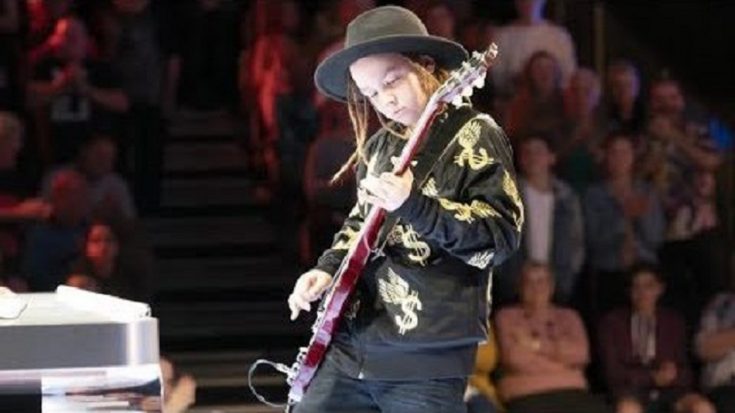 Turns out, age is just a number when it comes to mastering a certain skill. For Taj Farrant, a 9-year-old boy who auditioned for Australia’s Got Talent, such is the case.

The young star made his Australia’s Got Talent debut in 2019, stunning the audience and judges with his amazing guitar skills. But before that, Farrant has briefly stated that he was “kind of a big deal” already when he went on America’s most beloved The Ellen DeGeneres Show. “Ellen saw my Instagram and she said I should have him on!” the young boy explained. “It was good, she’s very funny.”

Shane Jacobson, one of the judges, asked Farrant what got him to start playing the instrument. “My dad and my pop took me to an ACDC concert two and a half years ago, and I said I want to do that for the rest of my life,” he replied.

At that point, Farrant, who resembled so much of the late Stevie Ray Vaughan, started shredding some rock medley riffs of AC/DC and Led Zeppelin, two of his rock heroes.