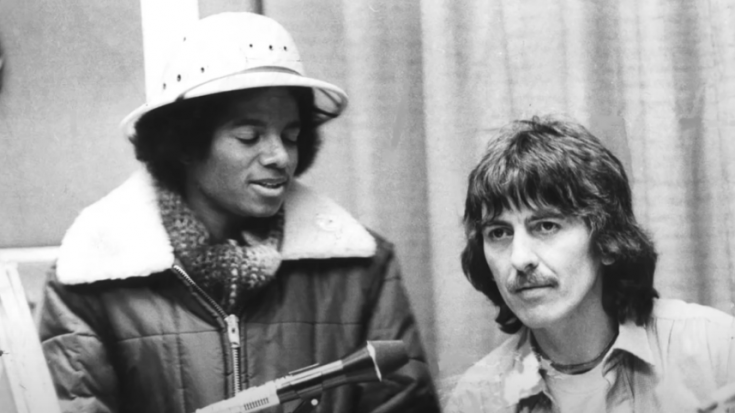 In a very rare and somewhat unfamiliar narrative, there was a moment where two of the greatest musicians of our time: George Harrison and Michael Jackson, shared a room to talk about the likes of the music industry.

Although it wasn’t unlikely that the two have shared paths with one another for at least once in their lives, what was unusual was how well the two bonded on the business that they’re in like close comrades. The said encounter happened on BBC Radio 1 in 1979; unfortunately, the said “BBC Radio Solent Special,” the company rejected its release and only a small part of it was shared on the media. It was only until then that the company decided on its rerelease, only this time, in full context and properly restored.

“When George Met Michael” was its initial name, a coming-together of two geniuses of music, who changed its landscape and brought innovative and wonderful ideas that a lot of people are still thankful for even in today’s standards. The interview shows the two of them talking everything in their life that are music-related: their influences, some of their techniques and process in making music, as well as the ongoing trends that music has to offer at that time.

You can listen to the 50-minute interview of George Harrison and Michael Jackson below.