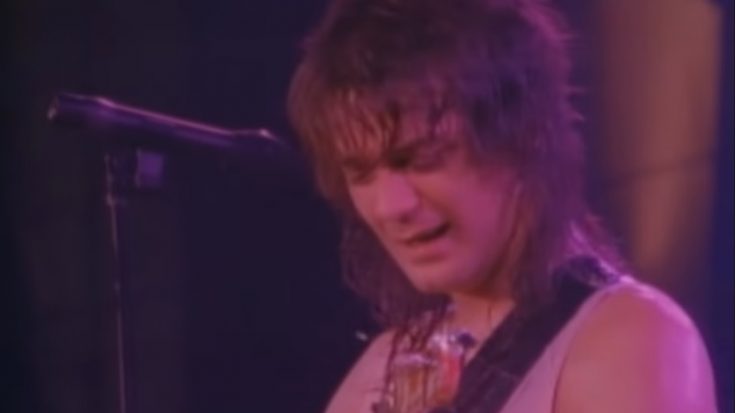 There are a lot of iconic guitarists in the history of rock music, but only a select few could be called pioneers in the field. Eddie Van Halen was one of them, trailblazing the tapping technique that has shaped the playing of those that came after him.

Prior to becoming a mainstream act, Van Halen (the band) was already known in the locality of Los Angeles for playing cover songs from the ’70s. However, the band wanted to break free from this repetitive cycle and make their own material. Luckily, KISS bassist Gene Simmons caught wind of them while performing in a bar in 1976. The KISS founder liked what he heard and saw and invited the band to record a demo in hopes of them getting a record label.

Things didn’t go their way, however, as the demos recorded by Van Halen were rejected by the labels. The band didn’t give up, however, and finally stumbled on another go at it when producer Ted Templeman discovered them in 1977 in the same bar Simmons found them. As he worked for Warner Music Group, the producer found a way to hire the band to the label and got signed in May 1977. Van Halen then recorded their debut album in a matter of three weeks and only cost them around $40,000.

The eponymous debut album of the band is considered to be a rock music treasure and showed the grit of Van Halen since the beginning of their professional career. One of the mainstay songs on the record was “Atomic Punk”, and you can listen to the isolated guitar track of the song below.