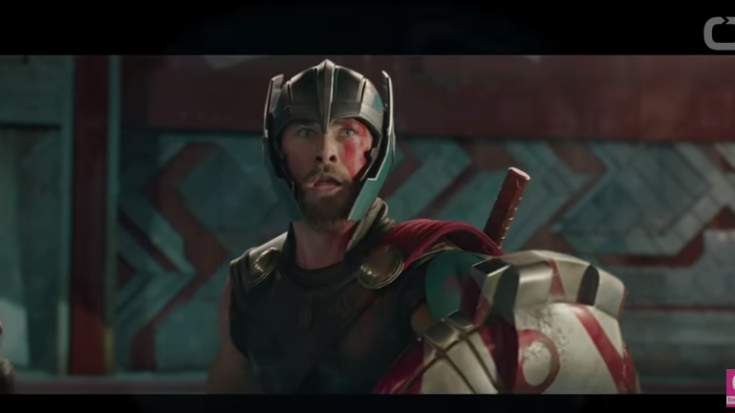 Valhalla, I am coming!

Everyone who saw the trailer for Thor:Ragnarok agreed that one of the best parts was the use of “The Immigrant Song” by Led Zeppelin. It was clearly a match made in soundtrack heaven. It was released more than four decades ago but because of the lyrical references to Norse Mythology and most especially Robert Plant singing about war and Valhalla (with special mention to “Hammer of the gods”), it was just spot on.

As it turns out, that song was also used by Thor director Taika Waititi for his demo reel in his pitch to land the directing job.

“I put Immigrant Song over the top of it, and then played it for them. And they were like, ‘Oh that’s really cool. That’s a cool song. What’s that?’ I was like, [deadpan] ‘It’s Immigrant Song, Led Zeppelin, one of the most famous songs of all time.’ They were like, ‘Oh cool, never heard it before, very cool.’And I was like, ‘Oh f—, really worried now.’ Er, and then, yeah, when I got the job. But from the start we’d always talked about using Immigrant Song, in the film, because it just makes perfect sense for that character, doesn’t it?” – Taika Waititi

The greatest rock band of all time for one of the best films of 2017 – what else can we say? It was the perfect choice – you can tell because Thor:Ragnarok just topped the $800 million mark.

See a clip below: