Kurt Cobain’s Daughter Is Insanely Talented, And We’ve Got The Video To Prove It 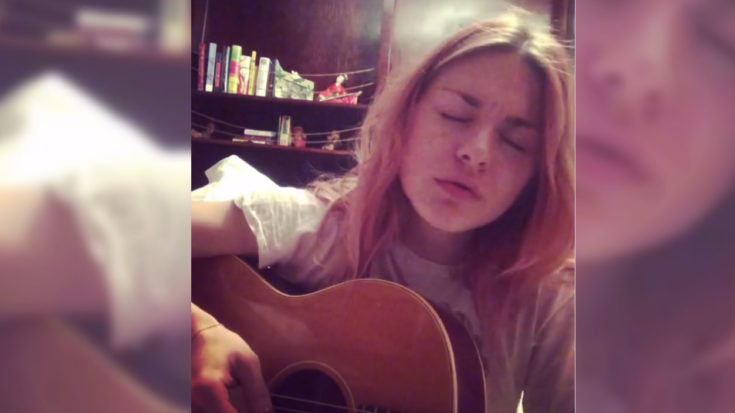 Music’s In Her Blood

Growing up in a club comprised of other children whose famous parents died before they had a chance to know them outside of other people’s’ memories, Frances is now 25 and by all accounts has made attempts to somehow distance herself from her famous (or infamous) parents, establishing herself as a model, artist and occasional film producer.

With a devastating combination of her mother Courtney Love’s facial structure and her dad’s piercing blue eyes and facial expressions, Frances is absolutely beautiful – the spitting image of her parents, but that’s not the only resemblance she shares with them. The 25-year-old recently ventured into songwriting, sharing a snippet of her own original song via Instagram to the great delight of fans who have been waiting to find out if she’d follow her famous parents’ footsteps.

not hey there Delilah

If you’ve noticed similarities to either Kurt or Courtney (or both), you’re not the only one. At 25, Frances has picked up the best parts of her parents’ musical abilities, born with Kurt’s voice and way with words and Courtney’s ability to make you believe that she believes what she’s singing about.

On the flip side, Frances Bean makes it pretty clear: she’s not interested in whether you like her art or not.

“You are probably right, in the respect that people probably can make assumptions or conclusions about my art because they are informed about my life’s trajectory,” she said. “Not everyone has to like it; that’s not a requirement of making and receiving art.”

While she promises that the song will be recorded and released at some point in the near future, there’s no definitive time table as to when that will be. But if the final version is even half as compelling as the brief snippet she’s treated us to on Instagram, we’re in for something really, really good. Stay tuned!

Here’s The Original Vocals Only Version: