Kid Wanders Into Guitar Shop, Starts To Play, And Leaves Everyone With Their Jaws On The Floor! 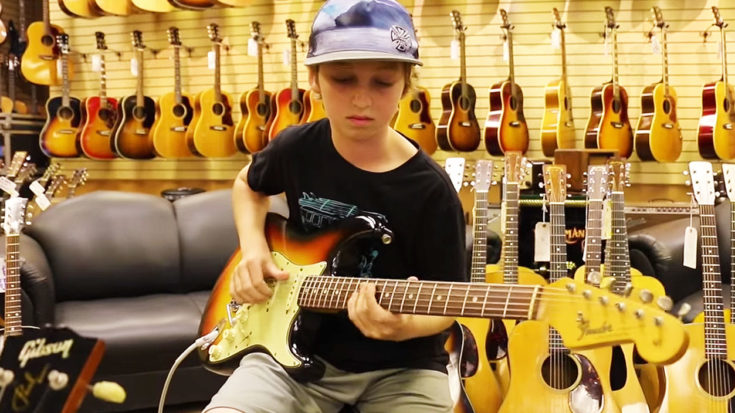 The Next Jimi Hendrix?

It seems like the musical talent these days keeps getting younger and younger! But that’s a good thing, because it means that the tradition of music is being passed down! Although you might feel bad that you might not be able to match the talent of the younger generation, it’s satisfying to see the younger generation develop a great taste in music!

12-year old Jaden Lehman recently walked into the world famous Norman’s Rare Guitar Shop, and stunned everyone in the building with his phenomenal skills! Jaden simply wandered in, and began to improvise some blues and jazz. His playing was so great that Norm (the owner and manager) walked out of his office in sheer amazement! He immediately began comparing Jaden to Joe Bonamassa, saying that Joe came into his store at the same age, and eventually became a superstar! Another awesome thing, was that Norm loaned Jaden a beutiful, rare 1964 stratocaster to shred on!

Check out the amazing video down below, and let us know what you think!