Keith Richards Talks About His Love For Bob Dylan 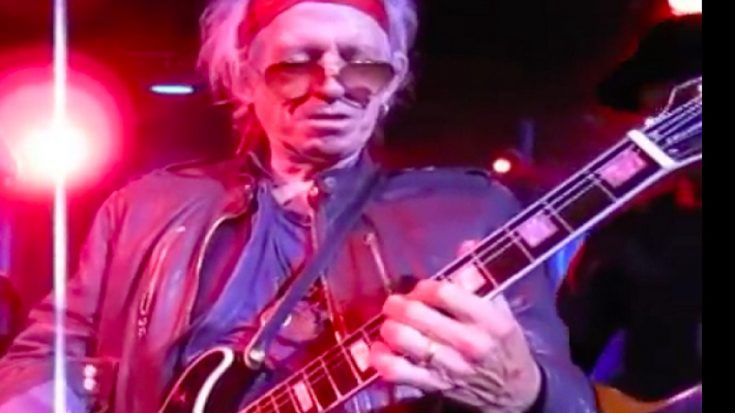 Thanks to his work with the Rolling Stones, Keith Richards is now widely regarded as one of the most influential musicians of all time. Throughout his six-decade-long musical career, Richards has developed into a phenomenal guitarist, particularly in his use of the finger-picking technique.

Yet apart from his guitar technique and his ability to write hits with frontman Mick Jagger, Richards is also known for having quite a sharp tongue. For years, he has openly criticized dozens of musicians; his band isn’t an exception. But there’s only one person that he’s afraid of criticizing – Bob Dylan.

When Bob Dylan said in the 60s that he “could’ve written ‘(I Can’t Get No) Satisfaction,’ but Richards could not have written ‘Desolation Row,’” Richards had nothing to say but to agree with what the folk legend has to say. In 2016, Richards revisited his adoration for Dylan, when he said he could work with Dylan wherever he could find an opportunity for it.

Q104.3 interviewed Keith Richards and Mick Jagger about their anticipation for the Desert Trip festival, which would be held at the Empire Polo Club in Indio, California. The couple praised the impressive lineup, which included luminaries like Paul McCartney, the Who, and Bob Dylan.

“The lineup is just amazing. I can’t believe we’re all going to be stuck in this little town together. I mean, never have we ever all in the same place at the same time.”

On October 7 and 14, 2016, Dylan and the Stones performed, giving fans one of the most amazing moments in music history.