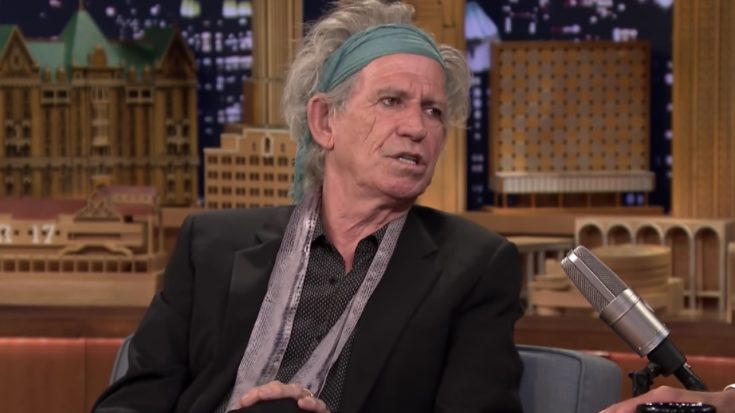 You can count Keith Richards as one of the sharpest tongues in the music industry. But when his humble sentiments are needed, he does not shy away in giving a compliment or two, especially if it’s given to someone he greatly admires.

Notable for his quick retort and blunt opinion, the Rolling Stones’ axeman doesn’t worry much if he’s hurting your feelings with his honesty. Even bandmate Mick Jagger could attest to that; over the years of their career, Jagger is often the butt of Richards’ brutal opinions, and lucky for them, they sort it out eventually.

And you when he says you’re absolutely talented, you better pat yourselves in the back. Particularly with rock bands, Richards is quite a picker, but in 2008, he did mention 4 groups that he thought of as his favorite inside the world of rock.

One of his favorites is none other than Elvis Presley’s backing band, The Hillbilly Cats. Richards recognized the Kings of Rock’s solid foundation of the genre, but if it weren’t for his backing band, Presley would’ve had difficulties achieving success. “They had the rhythm,” Richards explained. “The beautiful thing about Elvis was that he sort of turned everybody into everybody (and made people think) ‘maybe you can do it.”

The next one on the list is Dave Bartholomew’s Band who assisted Fat Dominoes and Little Richard. The musician is so impressed by the band’s cutting-edge sound, calling them “a great band.”

The third one is quite surprising, but made a lot of sense: The Beatles. He wasn’t into delving into the sound of his contemporaries and he’d be quite disappointed if the Stones would opt on copying them point-by-point. But the sheer effect that the Fab Four had delivered to them was more than enough to say that they’re quite an inspiration to the Stones.  “We would collaborate with each other,” Richards said. “So, we didn’t go head-to-head, because otherwise, it seemed like ‘you’re either Beatles or Stones’, bulls**t.”

The last one didn’t actually follow the rules, but still necessary to be mentioned, musician Steve Marriott of Small Faces and Humble Pie.