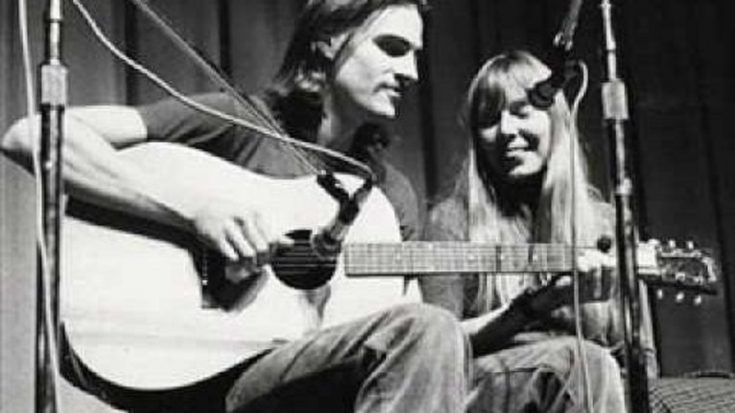 The track was rumored to be written about Mitchell, whom Taylor had dated briefly. The singer confirmed the stories, and whenever he performs the song, he would ask help from a female musician. But on a fortunate side, Mitchell did sing the song with Taylor at a concert; the audio presented below is the recorded version of Mitchell and Taylor’s Paris Theatre performance in London in October 1970.

The track is included, as well as the entire BBC performance on Mitchell’s retrospective Joni Mitchell Archives Vol. 2: The Reprise Years (1968 To 1971). The song first appeared on Taylor’s 1971 Mud Slide Slim and the Blue Horizon album. Critics praised its lyrics and simple arrangement, often citing the track as one of “his greats.” Numerous artists such as Linda Ronstadt, Carly Simon, Richie Havens, Sting, and many more also covered the song.

You can listen to James Taylor and Joni Mitchell’s performance of “You Can Close Your Eyes” here.