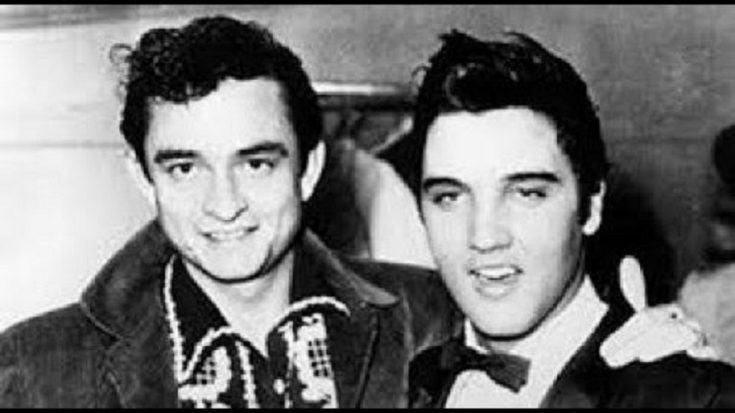 One of Johnny Cash’s numerous strengths was, maybe surprisingly, mimicking Elvis Presley – apart from his wondrous talents as a singer-songwriter of course.

They respected one other’s music and stayed friendly, albeit not particularly close. In fact, a newly archived video recording of Johnny Cash performing Elvis impersonations is proof of the aforementioned respect.

The video was taken during a television appearance in 1959, but it has just recently been uploaded on YouTube. It shows Cash doing an excellent impression of Presley. Or, as the legendary country singer put it, “a rock and roll singer impersonating Elvis.”

Cash shook his leg, flipped up the collar of his shirt, and combed his hair in an Elvis Presley–inspired technique. The audience went wild when Johnny freely imitated the King of Rock n’ Roll, but they quickly understood that he was really performing an exaggerated parody. Cash flung his back out while demonstrating a jerky hip movement. His singing was dead on, but his body language and emotions were amped-up versions of Elvis’ trademarks, though.

It seems as though Cash wasn’t the only one interested in performing a-la the other, though. Presley was also known for singing his own version of two of Cash’s classics: “I Walk the Line” and “Folsom Prison Blues.”