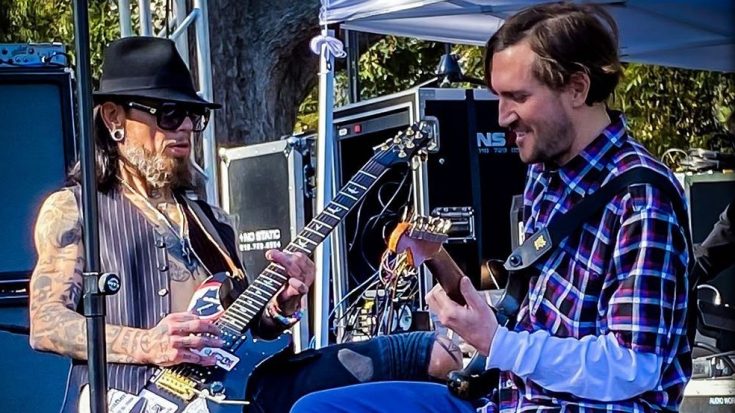 It can be noted that Navarro joined the band in 1993 after many failed auditions and numerous guitarists taking the spot, playing with the band until 1998 when he was booted from the lineup due to personal problems and incompatibility issues.

This was the first time that Red Hot Chili Peppers had played with both guitarists onstage, as they barely rubbed elbows in their alternating stints in the band’s career timeline. The open-air show was held in memory of Andrew Burkle – son of billionaire Ronald Burkle- who passed away last month. RHCP members Anthony Kiedis and Flea played alongside Navarro and his Jane’s Addiction bandmate Stephen Perkins. Navarro posted a picture of himself playing with Frusciante later that day, saying that the experience was absolute magic.