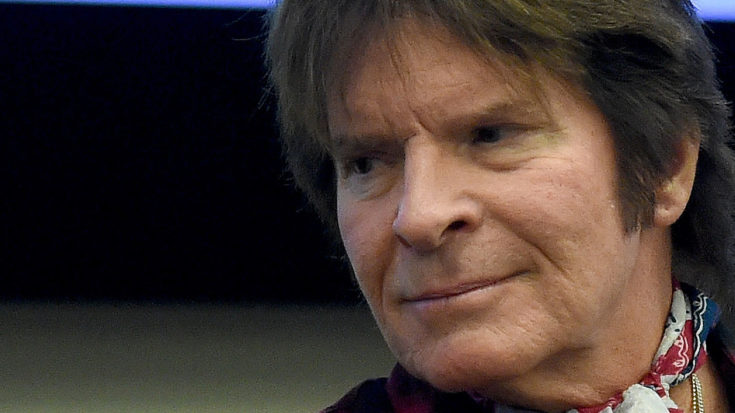 Last week, we reported that the surviving members of Creedence Clearwater Revival were on the way to mending fences. Initially, bassist Stu Cook revealed that he, John Fogerty, and Doug Clifford had managed to move past their decades long differences, beginning the long process of patching up old friendships and hurt feelings after far too long.

Now, it looks like they may not quite be out of the woods after all.

Formed in 1995, Creedence Clearwater Revisited announced that they’re hanging it up after more than 20 years on the road once they finish up their scheduled 2019 dates. Coincidentally, John Fogerty also announced plans of his own – My 50 Year Trip, his eagerly awaited Las Vegas residency to take place at the Wynn’s Encore Theater.

While CCR’s decision to announce their retirement got under Fogerty’s skin, it’s worth noting that Stu Cook still sees recent moves as a step in the right direction. Namely, the founding of Creedence Clearwater Revival LLC, a joint venture that’ll oversee the band’s first ever line of official merchandise – and if we’re lucky, the long awaited release of the band’s Woodstock performance footage, which has yet to see the light of day.

49 years ago today, CCR’s third studio album Green River came out to widespread acclaim, taking the #1 spot on the Billboard Top 200. In a contemporaneous review, Rolling Stone said "[Creedence Clearwater Revival] is one of the most exciting and satisfying bands around. . . . From 'Proud Mary' and 'Green River' to 'Bad Moon Rising' and 'Lodi,' this heartbreaking American circle of beauty and ugliness is drawn. I wish John Fogerty could have written the score for Easy Rider."

“It’s not what most people would call a reunion, but it’s still a milestone,” Cook said. “It’s a landmark in our relationship, given how it’s not been a thing of beauty the last 45 years. There’s still a lot of stuff to iron out, but things are functioning more like they should. There’s more trust. From my perspective, it bodes well that we can at least have all the water and mud and s— under the bridge.”

But don’t call it a reconciliation.

John Fogerty made it pretty clear that there are still issues between the surviving members of Creedence Clearwater Revival, so don’t expect a reunion – especially since he doesn’t even follow them on social media.