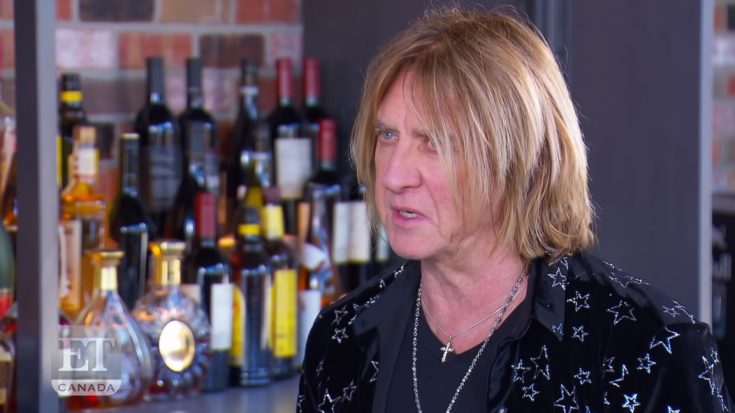 Hair band Motley Crue officially said goodbye to the music world when they ended their farewell tour in 2015. The band even got to sign a Cessation of Touring Agreement to land the final nail on the coffin. But Def Leppard’s Joe Elliot thought otherwise, sniffing something suspicious about the decision.

In an interview with Rolling Stone, Elliot said, “Yeah, right. I told Nikki that when he signed it, ‘You guys are just Bowie, Sinatra, Cher, all rolled into one.’ It’s theater. And those guys are theatrical. Contracts are there to be torn up. That’s what they are. People break them all the time in sports. Why can’t you break one in music?” Just recently, Motley Crue confirmed their 2020 tour, proving Elliot’s point. Elliot’s Def Leppard will also join them, along with Poison and Joan Jett.

“When you think about Joan Jett opening up the night, and then Poison going on and then us and Motley following them, it’s an event. It really is. And we’re all from the same genre. It’s a celebration of that whole kind of vibe,” he said.

Elliot also had something to say about the people infuriated by Crue’s indecisiveness. “Lighten up,” he said. “It’s four guys that had enough of each other for a while and after five years, they’ve fallen back in love again. Fucking get on with it. I’m happy for them. It’s great for them — and us as well.”

Def Leppard was the opposite of Motley Crue, though, maintaining their activity in the scene in a constant fashion. But Elliot doesn’t deny the fact that one day, they’d have to come into terms with their inevitable final tour. “One day, something will end up being our last tour. Will we announce it, or will it just actually be our last tour because we just decide not to do it anymore, and after the fact it turns into the farewell tour? I don’t know. Those are the kinds of things we’re not making any plans for. And even if we did, we’d probably end up tearing up the contract just like Motley Crue did,” Elliot concluded.