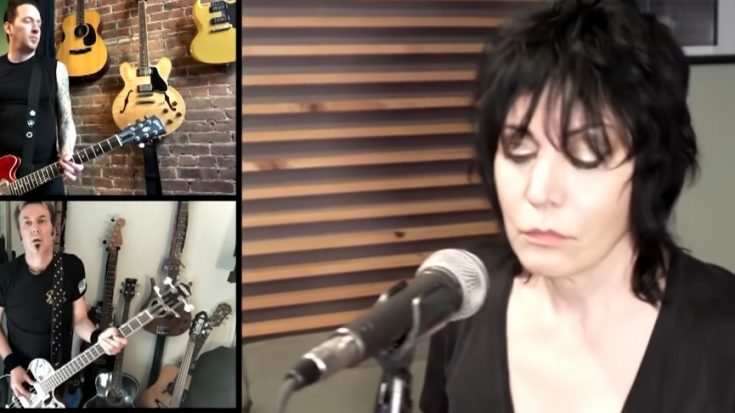 Joan Jett dished out a cover of T. Rex’s 1971 hit, “Jeepster”, on The Late Late Show with James Corden of CBS-TV on September 10.

She recorded a version of the track that was part of the newly-released tribute project to the UK rockers called AngelHeaded Hipster: The Songs of Marc Bolan and T. Rex.


“Jeepster” was the second single of Electric Warrior, and hit the second spot on the UK charts while the record topped it in the country and stayed on the charts for eight weeks straight. This new tribute record features new renditions of 26 cuts from the trailblazing glam rock act, both as Tyrannosaurus Rex and T. Rex between 1968 to 1997.

The said set features contributions and collaborations with acts and artists like U2 with Elton John, Todd Rundgren, Perry Farrell, David Johansen, Sean Lennon, Victoria Williams, and many more.

T. Rex’s founding member Marc Bolan released a dozen studio albums with the group before he died from a car accident in 1977.