Jimmy Page Accepts He “Drifted A Bit” After Led Zeppelin 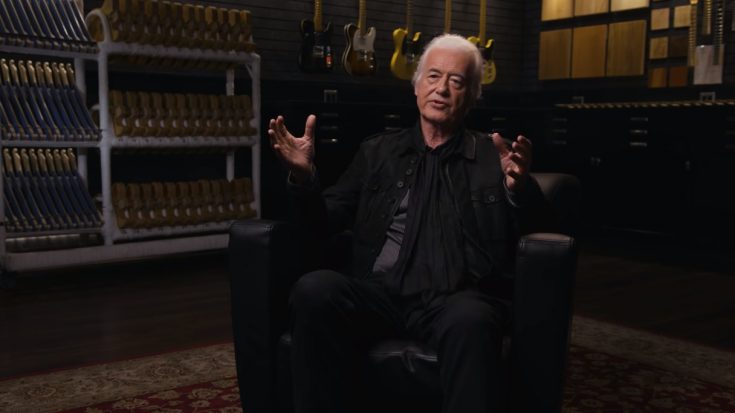 Jimmy Page for an interview with Fender - Fender / Youtube

It may be a hard pill to swallow, but former Led Zeppelin guitarist Jimmy Page has admitted that he might have “drifted a bit” after the band broke up. After drummer John Bonham died in 1980, the band stood in unison with the decision of splitting up, saying the lineup was crippled without Bonzo in the fray. Page went experimental with some side projects in the 80’s, and was back in the limelight in 1984 with the Firm, along with Free and Bad Company’s Paul Rodgers, but lasted a mere two years.

When asked about his experience in the early 80’s, Page shared his thoughts in an interview with Uncut. “I don’t have any regrets about doing that at all. Paul Rodgers is one of the best singers this country has ever produced, and any musician would want him on a record,” Page said. “But if you’re asking me if I’d drifted a bit after the end of Led Zeppelin, then I’m not going to argue with that. I don’t want to labor the point, but it was the perfect vehicle for me to express everything I wanted to express and it had gone before its time. You’d be asking a lot to expect lightning to strike twice in the same place like that with a whole different bunch of musicians.”

He also emphasized that the Firm wasn’t going for that Zep sound, and instead turned to funk influences which piqued the interests of fans. Page says the stint “got me going again when I had been through a period of pretty deep introspection.”

In remembrance of the beast that was John Bonham, Page recalled that they connected really well. “John changed drumming overnight. Track one of the first album, ‘Good Times, Bad Times’, was a revelation. No one could play it. No one. As the band progressed, he and I developed this extraordinary intuition.” Page continued, “We were renowned for being able to stretch songs live, and that came from John following my guitar and just improvising and bending with where I was going. ‘Dazed and Confused’ is a classic example. He could read my mind and go anywhere and do anything without it falling apart. ‘Communication Breakdown’, ‘Dazed and Confused’, ‘Good Times, Bad Times’, ‘Ramble On’, ‘Immigrant Song’, ‘Kashmir’… These are moments of genius.”

Page closed it off, saying “we all miss him. There were probably half a dozen drummers who thought they’d wait a while and then give us a call and take his place, but … he was a one-off.”