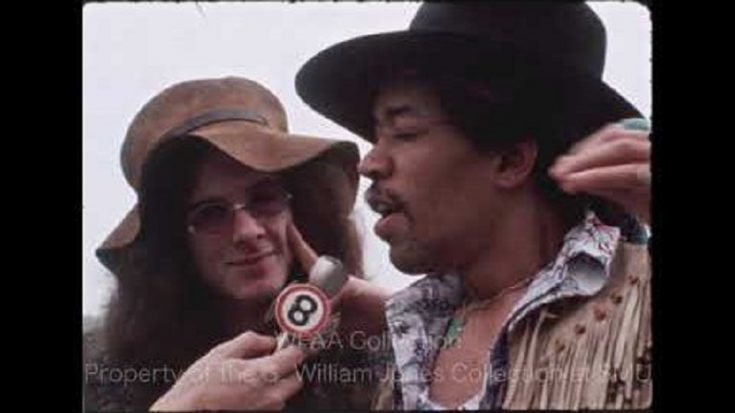 “We’re making our own society if you give us a chance.” – Jimi Hendrix

There’s a reason why Jimi Hendrix sits on top for the legendary musicians that the world has ever known. Aside from his mind-blowing guitar performances, this talented artist also had the knack for being eloquent and well-read in form of interviews.

In this one clip from the SMU Jones Film for their WFAA collection, Jimi Hendrix is interviewed by Channel 8 reported Doug Terry, and was seen right at the Love Field, when he visited Dallas to perform at the Memorial Auditorium back on April 20, 1969. Albeit short, a lot of lessons can be learned from Hendrix and his opinion about society.

Laidback, friendly, and smiling at the interviewer, Hendrix was more than what you’d expect. At one point, Hendrix was asked if he was a “drop-out of society,” to which he replied as not necessarily. Still breathing and living just like any other person, Jimi expressed that it’s the way we only look, and the way we only think divides us as a distinct being. And the unique way of expressing ourselves should be the whole point of our free point of view.

Terry then asked him some questions, until he mentioned Bob Dylan; if he was a person of inspiration to Hendrix. He said: “yes, mentally more so than any other way.”