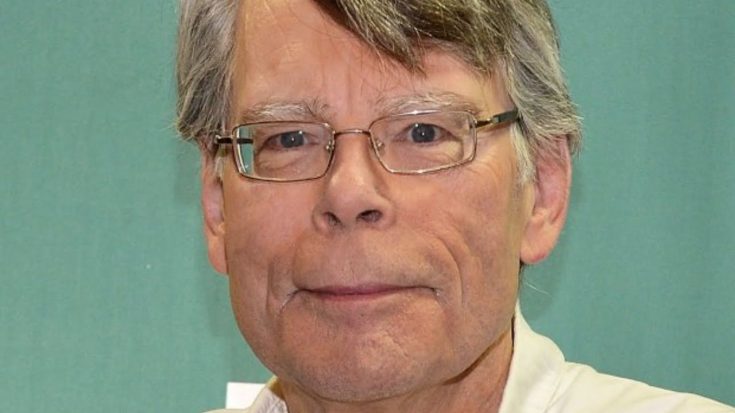 There has always been a connection between Stephen King, author of numerous terrifying novels, and the music industry, thanks to King’s undying love of rock music and the rock artists’ admiration that they have shown for King’s work.

To prove that the two are interconnected, the punk rock band Ramones wrote the song “Pet Sematary” because of King’s admiration for them; this common interest links two titans of pop culture. The song was originally composed for the Stephen King film adaption of the same name and released as a single from the Ramones’ 1989 album Brain Drain. Unsurprisingly, it became a massive smash on the radio and a concert mainstay for the Ramones throughout the ‘90s.

One of King’s most well-known connections to hard rock music, however, comes courtesy of Metallica guitarist Kirk Hammett, who was so inspired by a single sentence in King’s novel, The Stand, that he based the entire title and artwork for Metallica’s 2nd album, Ride The Lighting. The critical reception for Ride The Lightning was overwhelmingly good, with many saying it was even better than Kill ‘Em All, the band’s debut LP. Furthermore, this album is the second of three by Metallica on which the late Cliff Burton played bass.

Hammett explained that a clever turn of phrase by a character in King’s post-apocalyptic novel The Stand, which details the aftermath of a global pandemic, is the key to understanding the album’s relationship to the novel. “The chapter had a guy in prison who was waiting to Ride The Lightning, and I just thought: ‘Oh my God, what a cool collection of adjectives and nouns that is,’” Hammett wanted those who are curious of the line “to pick up a copy of The Stand if you’re obsessive enough and find the chapter about a guy on death row where King actually writes the words.”

King, in turn, is a huge rock and heavy metal enthusiast, a fact that Hammett greatly respects. Throughout the years, he says, “I’ve been aware that Stephen King is a fan of Metallica, he was a fan club member I know.”