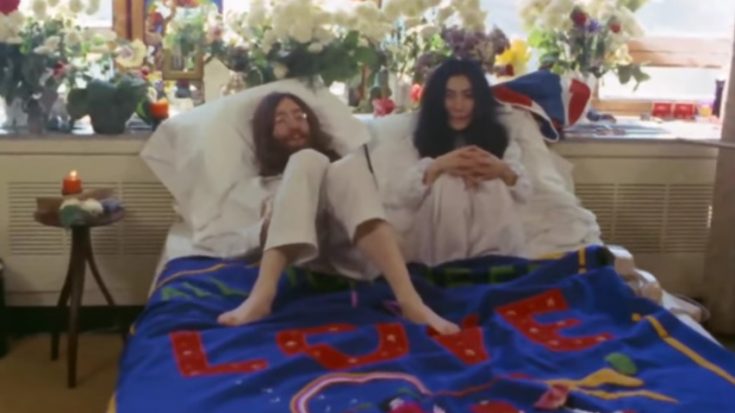 “Give Peace A Chance”, four simple words for a title, yet somehow it evokes a powerful statement that will remain its significance for many years to come.

John Lennon and Yoko Ono established themselves in a simple bed-in arrangement, as a celebration of their honeymoon back in 1969. The room was crowded with a couple of people to celebrate it with them and to also make its progressive statement. The simplicity of the message, to give peace its chance, prompted thousands of people to wake up from the disruptive reality of every war known to man.

This humble Lennon-McCartney song did not have any symbolic lyrics, it did not contain a very complex set of rhythm, nor was it one of the tracks with an experimental background. No, the song simply contained a basic structure to its rhythmic ballad, yet the whole song is united with a powerful message that will altogether unite every U.S citizen whose minds were awoken from the ongoing Vietnam War back in those days. And the couple had pretty much contributed to it.

Inside the recording was the repetitive chorus of “Give Peace A Chance”. During its course, Richard Nixon, then-president, strengthened the war’s power, with the thought that intensifying it would result in its ending. Such thinking made half a million people in the US march down the streets of Washington D.C., with lyrics such as “Are you listening, Nixon?” interspersed to its iconic chorus.

The impact of Lennon and Ono’s efforts is as highly influential as it was from the day this was released. It serves as a gentle reminder to all that even if we are provoked to fight and destroy others, should we take a breather and give peace a chance.