How Aerosmith Writes A Song 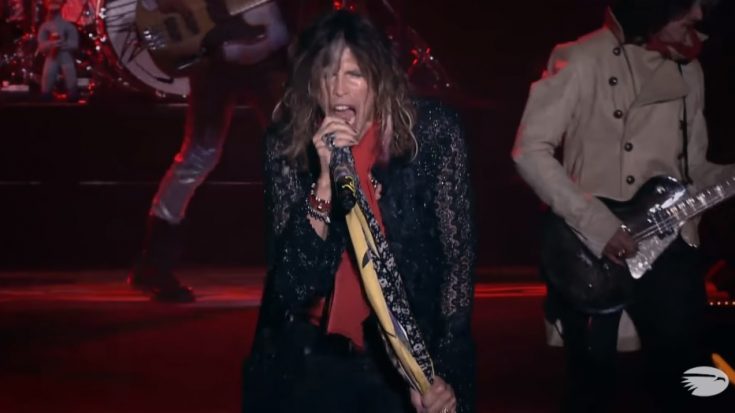 Aerosmith performs at the Rock For The Rising Sun in Japan, 20011 - Eagle Rock / Youtube

Among the things Aerosmith has done for the rock industry, their songwriting talent is undisputed. From Steven Tyler’s lyrical genius, to the whole band’s critical input, it’s no wonder why they got so big. With the advent of the 80’s and 90’s new sound, Aerosmith didn’t crumble to the pressure. With their signature hard rock sound from the seventies, they did not waver to the newer punk and grunge rock counterparts, who were notable younger and hungry for success. We revisit how Aerosmith writes their songs, with their 1973 debut album’s hit single, “Dream On“.

Steven Tyler discloses the song’s origins. While he started to create snippets of the song by the time he was 17, it took some six good years to finish. Tyler’s dad was a classical musician, and he would seek shelter under the piano while his dad played. Tyler claims that he got the song’s chords from those piano sessions.

The rock ballad’s composition didn’t follow the standard linear method, as can be deferred from the irregular bar allotment. It feels unnatural when you really think hard about the length of time before the chorus kicks in. Even the words “dream on” doesn’t make an appearance up until the bridge portion of the song. But this contradictory style of simplicity and complication ties up pretty well due to the strong, building up of the chord progression.

Aerosmith recorded the track without much fuss, however. The employment of a mellotron for the track’s intro, first verse, and interlude gives it a synthetic quality, with a dash of a haunting feel. The repeating guitar plucking progression is underlaid by the subtle bass progression. The simplistic, yet precise cadence of the drums provides just the right energy for the track. Most of all, Tyler’s vocals sound slightly different that their later recordings. He admitted to forcing this vocal style to sound more of a blues singer. It was done rather tastefully, though, and even the screams by the end of the track is a welcome addition to the brooding, almost enraged cries.

The lyrics, according to Tyler, “It’s about the hunger to be somebody: Dream until your dreams come true.” The powerful, repeating message to dream on is perfectly complemented by the brazen melody of the track. Aerosmith proved time and time again, that the bad boys from Boston are a force to be reckoned with.