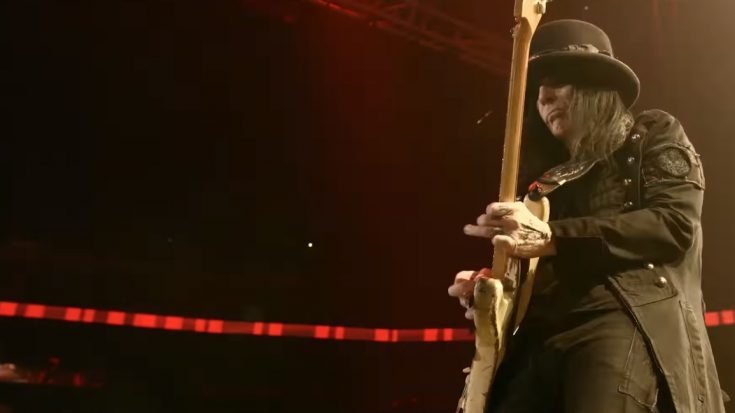 While the hair metal rockers were known for the fun-loving lineup of Nikki Sixx, Vince Neil, Tommy Lee, and Mick Mars for most of their career, Motley Crue also enlisted the help of other musicians when the going got tough. These lineup changes were the result of indecision and creative differences, which changed the way the band approached their music, for better or for worse. Here are the various member configurations that Motley Crue went through during their 35-year stint.

Motley Crue was given their first show in April of 1981, and with the help of some gigs as Ozzy Osbourne’s opening act, the band quickly rose to fame in the rock scene. The band was at an all-time high, especially with the release of their Shout At The Devil catalog. At the end of the decade, however, just as they secured a multi-million dollar deal, creative differences led to Vince Neil being booted from the band.

While Vince Neil was busy with his solo career, the band enlisted the help of singer John Corabi, while adopting a heavier rock sound altogether. This didn’t fare well with the fans, however, forgoing support for the album and the accompanying tour. Corabi, frustrated by the confusing directives, left the band amidst recording the follow-up album who was supposed to have him in lead vocals.

With both Crue’s and Vince Neil’s dismal efforts in trying to stay in the spotlight, they collectively decided to get back together in 1996. They still didn’t get things quite right as the heavy sound didn’t really fit Neil’s vocal style, although the succeeding Motley Crue vs. The Earth tour was relatively well-received.

The second coming of Crue’s original lineup didn’t last that long though, as Tommy Lee was already growing impatient with the need to explore new territory eating him from the inside. “I always told myself that when my heart wasn’t in it, it was time to quit. And my heart wasn’t in it,” Lee admitted in the band’s autobiography, The Dirt. Randy Castillo, a former Ozzy drummer, was enlisted to help on a new album, but he was forced out the band with a tragic cancer diagnosis that he succumbed to shortly afterward.

Just as Randy Castillo was sidetracked due to his illness, the band got help from former Hole drummer Samantha Maloney, who said: “The entire band was very supportive and respectful of me. I had the time of my life! Some of the fans at first were hesitant, but I won each and every fan over every night after song one.”

After a two-year break, another resurfacing of the original lineup was in the works. In an interview with The Guardian, Lee said, “The only thing people ask us about is if we’re getting along. Of course we get along. Time heals — it’s been six years. People change, grow up. I think we all have the attitude now that if we could just fucking get along instead of fucking with each other, we could continue to do this for as long as anybody wants to.” This also marked the “end” of the band’s touring life in 2015. But after breaking their Cessation of Touring Agreement, the band will be back on the road for 2020.