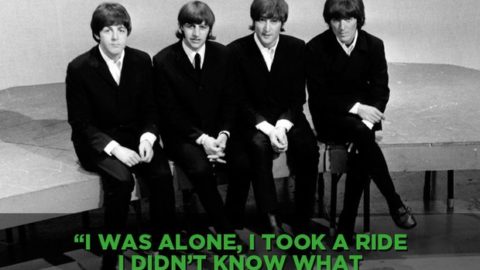 We dive in deep to one of the songs from the legendary Beatles today. Got To Get You Into My Life was released back in 1966 reaching number seven on the Billboard Hot 100 chart. It sold over one million copies and that was enough for RIAA to certify it gold.

McCartney was the main guy who composed the song to which he also contributed vocals. It was said to be a homage to the Motown Sound with its happy and colorful brass instrumentation.

But actually, it was a homage to pot according to McCartney. And if you think about the lyrics, it explains a lot.

I was alone, I took a ride
I didn’t know what I would find there
Another road where maybe I could see another kind of mind there

Ooh, then I suddenly see you
Ooh, did I tell you I need you
Every single day of my life 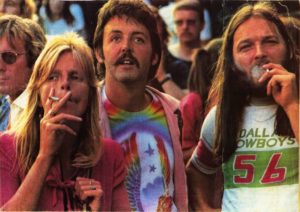 “Another road” “Another kind of mind” already has manifestation for describing what “discovering” pot would feel like. For everyone that has smoked pot, this would be a no-brainer. The song is a very happy description of what it’s like, what the experience would look or feel like. For example, if we put and analyze lyrics;

You didn’t run, you didn’t lie

You knew I wanted just to hold you

For I had told you

Pot would just be there. The line “You knew I wanted just to hold you” might be saying that maybe they don’t want to run out of pot and for the line “And had you gone you knew in time we’d meet again” means that there will always be another fresh batch when you get more pot so they will always meet again.

To add a little bit more context, the year was 1965. Smoking pot wasn’t really that publicized before but it was very prominent in underground events. In this time as well, The Beatles just recorded their second movie and that was Help. It was the follow-up to their debut musical “A Hard Day’s Night”. McCartney has this to say while doing the movie.

By this time we were beginning to smoke a bit of pot and we were
getting a little bit more laissez-faire about the whole thing. We would
occasionally get stoned on the way to the film set, which was pretty
fatal. My main memory is of being in hysterics, because for all of us,
one of the great things about early pot was the sheer hysteria, the
laughs. Things could appear very, very funny, hilariously so. And
nobody quite knew why we were laughing, and of course this made it
even funnier. It was like kids giggling at the dinner table, it really was.
(Paul McCartney as cited in Miles, 2003, 80)

Seems like good vibes went around the set. But ultimately because of pot, we got this awesome song that stood the test of music time forever. Jah love Beatles and Jah love Paul. 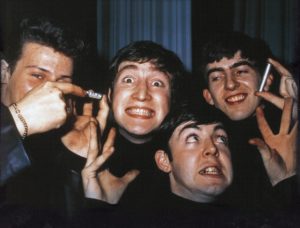