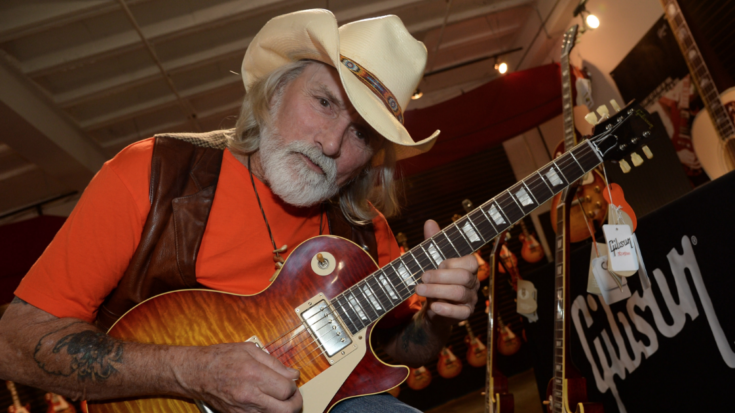 Here’s What We Know…

Legendary guitarist/singer and Allman Brothers Band founding member Dickey Betts has hospitalized and is in critical condition after what is being described as a ‘freak accident’ in his home. Apparently, Betts slipped and cracked his head out in his backyard causing bleeding from the brain.

Dickey Betts has been hospitalized due to a freak accident. Betts, the "Ramblin' Man" singer-songwriter and founding…

As of right now we do not know what exactly happened that would cause Betts to be hospitalized, but we do know that the accident occurred Monday night in his Osprey home that he shares with his wife Donna and Betts was transported to a nearby undisclosed hospital immediately after.

Betts began his tenure in The Allman Brothers Band in 1969 as a founding member after being recruited by Duane Allman. It was there that Betts would find great success as a musician and songwriter even going as far as writing “Ramblin’ Man”.

This is a developing story. We’ll have more as updates are known. Our thoughts and prayer are with Betts and his family.