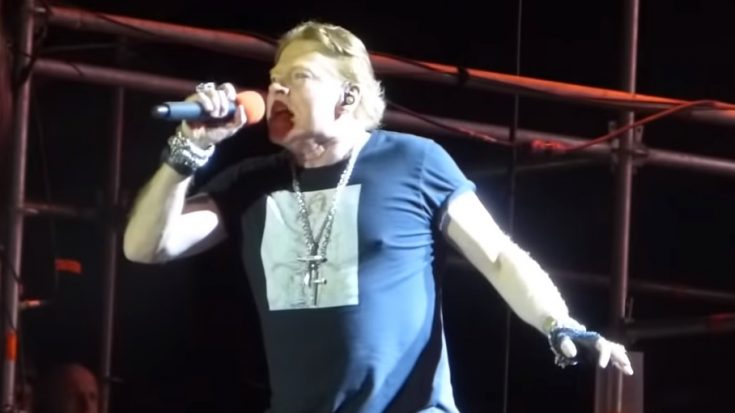 Guns N’ Roses carried on with their March 14 headline schedule at the Vive Latino festival in Mexico City, despite the heightened alert against the coronavirus pandemic.

In the midst of several artists and acts pulling out of the festival over concerns of transmitting the disease due to large gatherings and international travel, Axl Rose and the band continued and delivered a 22-song set – which included their first performance of “So Fine” since 1993. Other festivals that they confirmed at have been postponed beforehand.

In a Bloomberg report, the festival organizers haven’t been ordered by the Mexican government to halt it – despite having the international Tianguis Turistico event being shut down. “Our position is to carry on with the festival because we think it would be irresponsible not to. We’re going with what authorities have told us,” Vive Latino director Jordi Puig said.

He has also confirmed that extra steps have been taken to ensure that the six-stage arena was sanitized well, as no refunds will be granted to those who won’t attend due to the virus scare. “The party must go on. We don’t think it’s justified at this point,” he added.

Mexico City mayor Claudia Sheinbaum drew flak after explaining why not all mass gatherings were being shut down. “Vive Latino will take place this weekend and some other activities, that were planned, that don’t have economic impact, those will be postponed,” Sheinbaum said. “Why is Vive Latino continuing? Because we’re still in Phase 1. So suspending mass events is not necessary. However, activities that have no impact, it’s better to postpone those,” she said.