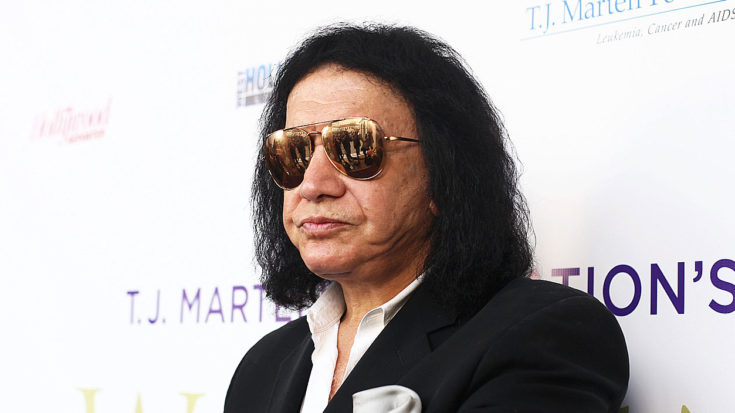 Just a few weeks ago, the Daily Beast reported that legendary rocker and KISS co-founder Gene Simmons was banned from Fox for life. The reasons for this being that Gene Simmons barged in on a staff meeting yelling “Hey chicks, sue me!” while ripping open his shirt to reveal his chest. He allegedly also make Michael Jackson pedophilia jokes as well as tapping people on the head with his new book.

Gene Simmons has since apologized for this saying the things he’s being accused were “highly exaggerated” events. However, Gene Simmons is now claiming that he did nothing to warrant being banned by Fox for life. In an interview with Sarah Montague from BBC he said this in regards to the whole situation.

“Somebody there apparently had the goods in for me and called the Daily Beast or something and said whatever they said I did. I did nothing. I always had people around me. Like when I come here, I’ve got handlers and everybody sees what I’m doing. You can’t go into a public area and do anything.” Now speaking about his problems with social media. “Nobody calls you and says, ‘Do you have a comment?'” he noted. “So the story was printed, and, of course, everybody exploded. And Fox, they’re nice people — I like them a lot — closed ranks and they’re afraid of getting sued by everybody. Nothing happened. I stand by every word.”

As always, there are two sides to every story, however, it seems as if the public is definitely siding with Fox and not Gene.