27 Years Ago: Freddie Mercury Confirms The Inevitable With This Heartbreaking Confession 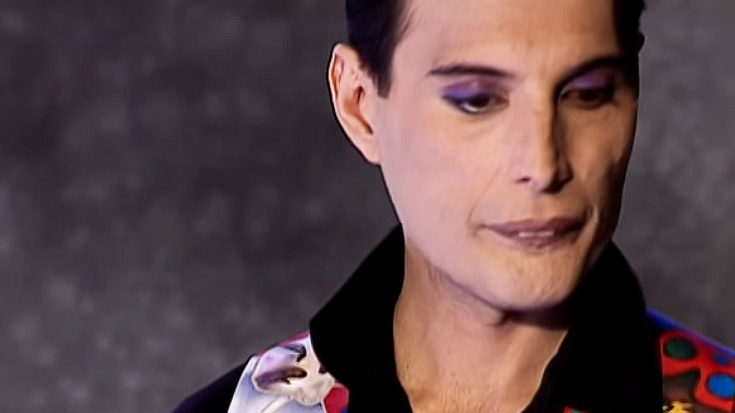 When Freddie Mercury made what was to be his final public appearance at the 1990 Brit Awards, fans knew something was horribly, horribly wrong. The normally robust frontman was literally a shadow of his former self, looking visibly frail when he appeared alongside his bandmates to accept their Brit Award for Outstanding Contribution to Music, giving credence to a widely circulated rumor that Freddie’s gaunt appearance and lack of public appearances in recent years were due to a secret battle with AIDS – something Freddie denied vehemently in the years leading up to his death.

Freddie’s condition was known only to his closest friends and bandmates, who dutifully kept his secret and supported his denials when the press hounded him for answers. It wasn’t until November 22, 1991 that he, having now lost his eyesight and confined to bed due to his deteriorating state, bravely decided that he could no longer hide his secret and called Queen’s manager Jim Beach over to his Kensington home to discuss a public statement.

The next day, on November 23, 1991 the world was shaken from its axis as Freddie confirmed the inevitable: he had AIDS.

“Following the enormous conjecture in the press over the last two weeks, I wish to confirm that I have been tested HIV positive and have AIDS. I felt it correct to keep this information private to date to protect the privacy of those around me.

However, the time has come now for my friends and fans around the world to know the truth and I hope that everyone will join with me, my doctors and all those worldwide in the fight against this terrible disease.

My privacy has always been very special to me and I am famous for my lack of interviews. Please understand this policy will continue.”