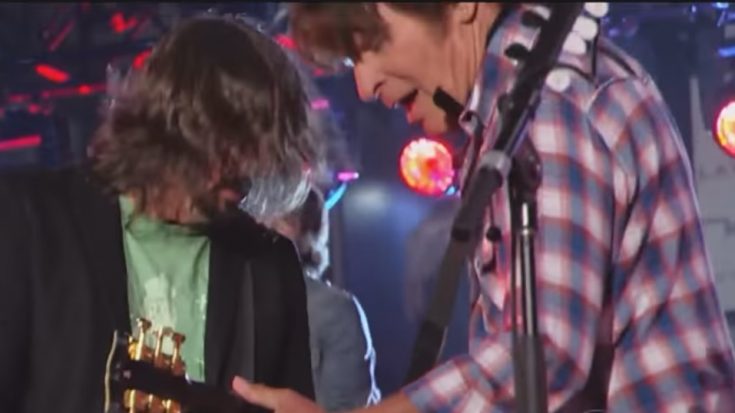 The Foo Fighters together with John Fogerty’s live performance of “Fortunate Son” will surely make your headbang to the rhythm.

In a special segment from the TV show “Jimmy Kimmel Live” on ABC, the Foo Fighters tear through the iconic Creedence Clearwater Revival with none other than John Fogerty himself. Fogerty, the lead vocalist of CCR, displayed himself in front of the audience to an extreme enthusiasm along with David Grohl’s boisterous voice and movement. As a special treat, the two gave an upright justice to the song that became an ultimate anti-war movement anthem following its popularity during the 1960s.

With its insane riffs, remarkable blend of instruments, and an outstanding performance from both singers, the show indeed gave the right energy to entertain the crowd and make them scream for more.

You can watch the full clip here.