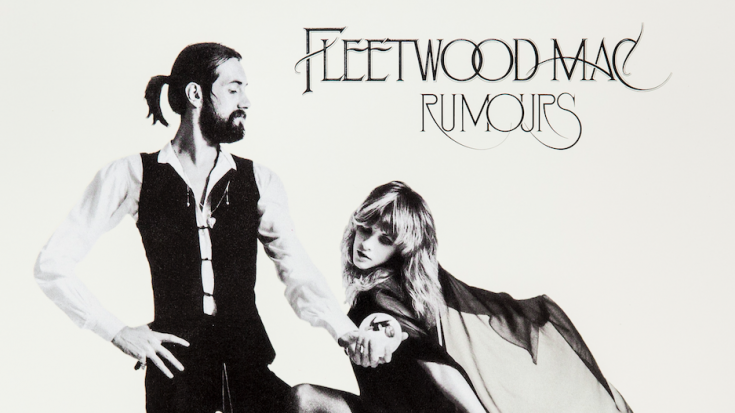 CITY OF INDUSTRY, CA -- MAY 20, 2013--A sample of a Stoughton Printing Co., vinyl album jacket, this is an "old style" gatefold, with an embossed front cover (raised lettering), and spot uv coating (high gloss coating), for the re-issue of Fleetwood Mac's, "Rumours," photographed at their company headquarters in City of Industry, May 20, 2014. Stoughton is a family-run business celebrating 50 years, as is known as one of the largest printers of jackets for vinyl LP record. (Photo by Jay L. Clendenin/Los Angeles Times via Getty Images)

Fleetwood Mac released Rumours on February 04, 1977. The album became one of their most prolific musical moments.  Rock’s original gypsies charted the album at #1 in the US for over 30 weeks. It’s platinum status is insanely excessive- 11 times in the UK and 20 times in the US. Rumours has sold over 40 million copies.  Not only was it a success in numbers, Fleetwood Mac’s legendary record is memorable for numerous reasons…

Mired in drama and fantasy, the album reflected exactly what was going on in the band members’ personal lives. With tracks like “Go Your Own Way,” “I Don’t Want To Know,” and “Second Hand News,” we can catch an emotional glimpse of what the songwriters were experiencing.

42 years later, we reflect on not just the success and backstory of Rumours, but also the iconic cover of the record itself. We all know it and have it engrained in our mind’s along with the words Rumours and Fleetwood Mac.

What could have been if the cover was instead one of these outtakes?

On this day in 1977, Fleetwood Mac released Rumours. Here are some outtakes from the album photo shoot ✨