Fleetwood Mac Just Debuted A New Intimate Version Of ‘Landslide,’ And It’ll Hit You Right In The Feelings 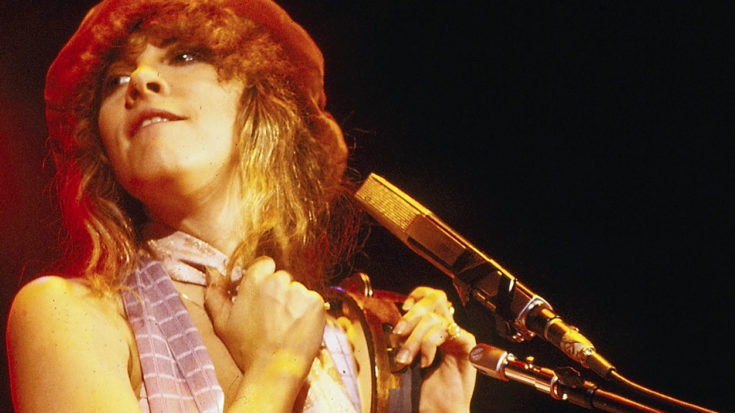 With just days to go until Fleetwood Mac release the expanded version of their breakthrough 1975 self-titled album, it wouldn’t be an affair to remember if the album’s crown jewel, “Landslide,” weren’t in the spotlight once more.

Written by Stevie Nicks as she plotted the next phase of her life, trying to decide whether to go back to school or continue on professionally with guitarist and boyfriend Lindsey Buckingham, “Landslide” has been heard millions of times over and after more than 40 years it’s safe to assume that we’ve heard every conceivable version of her greatest work yet – or so we thought.

Fun Fact: Fleetwood Mac’s eponymous 1975 album is referred to as the White Album among fans of the band.

In honor of Fleetwood Mac’s upcoming release, the band released a brand new, intimate demo version of “Landslide” that’ll hit you right in the feelings with everything it’s got. Sure, it sounds like “Landslide” – same delicate lyrics and guitar work from Lindsey Buckingham, and yet so very different from the version we’ve come to know and love over the decades; gone is Lindsey Buckingham’s solo, traded for a single acoustic-guitar track and some light percussion.

Stevie Nicks’ voice is even more at the forefront than in the final version, the rawness and grit of too many late nights spent in the recording studio present in her voice and yet somehow, it only adds to the magic of “Landslide,” never taking anything away.

Check out this incredibly cool, rough around the edges demo just below this article, but be warned: it’s a knockout!