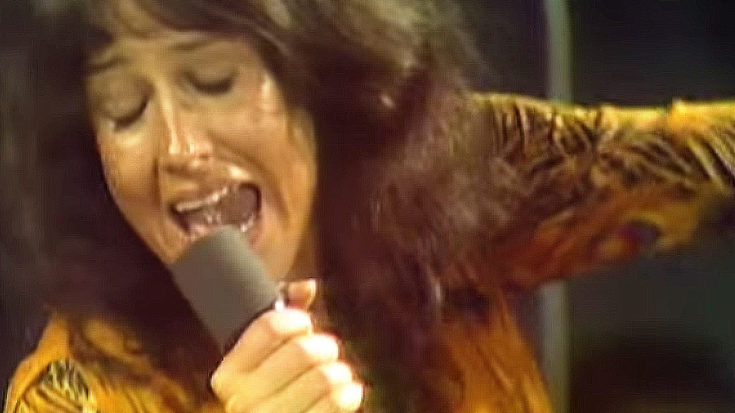 Just days after an electrifying early morning performance at Woodstock, San Francisco rock outfit Jefferson Airplane was at it again, this time bringing their act to the small stage on The Dick Cavett Show to give fans at home a taste of what they missed that weekend. Filmed just hours after Woodstock wrapped, the dust had barely settled in Bethel, New York when Jefferson Airplane converged on The Dick Cavett Show for Cavett’s Woodstock festival show.

Joined onstage by fellow alumni David Crosby and surrounded by gaily dressed youths lounging on naugahyde cushions, Jefferson Airplane took their performance of “Somebody To Love” to strange new heights for this salute to Woodstock, their raw, earthy energy every bit as potent as it had been over the weekend and giving zero indication that the band had just come off the biggest weekend in counterculture history.

Fun Fact: Jimi Hendrix was supposed to appear on The Dick Cavett Show alongside Jefferson Airplane and other Woodstock alumni, but as he’d performed a lengthy set the day before he was “too zonked” to appear.

Just as they’d done days before, Jefferson Airplane left the audience breathless with anticipation, no doubt wondering how incredible they must have been on that great big stage Saturday morning and how the effortlessly beautiful Grace Slick could wail like her life depended on it and still never seem to run out of steam. Many sat and watched in amazement, while others found themselves unable to resist the pull of Jefferson Airplane’s magic and jumped to their feet where they danced up a storm with the person next to them.

Today it’s hard to imagine artists and bands coming off of a major event and still having enough gas to hit a television show to repeat the whole performance, but in the days when giants like Jefferson Airplane reigned supreme, this was just another day at the office – and what a day it was. Enjoy!