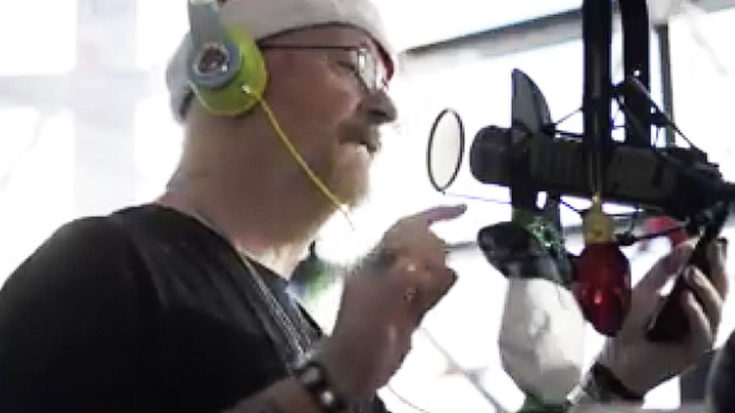 Last year, inductees for the 2018 Rock & Roll Hall Of Fame were announced and they were as follows. Nina Simone, The Moody Blues, Dire Straits, The Cars, Sister Rosetta Tharpe (Early Influence Award), and of course Bon Jovi. Every one of these inductees truly deserved to be in the hall. However, just like every year, there are some deserving musicians that are left out, and this time around, Judas Priest.

It truly goes without saying that Judas Priest are and always will be considered one of the most highly regarded and well respected heavy metal bands of all time. They are often credited for helping introduce heavy metal music to the mainstream, not only that but to this day they are going as strong as ever and if there’s any band that deserves to go in, it’s these guys.

During an interview on Mark & Neanderpäul’s radio show, Judas Priest front man Rob Halford actually read aloud the email that the Rock & Roll Hall Of Fame sent him upon rejection of Judas Priest’s induction. Reading it aloud, you can tell that while Rob kept a great attitude about it, the actual letter itself clearly annoyed him. The reactions from Mark & Neanderpäul are priceless, especially when you hear the 2nd part of the letter. It’s funny, yet insulting. Have a look in the video below.

*ROB HALFORD* of JUDAS PRIEST shares his "REJECTION LETTER" from the 'ROCK AND ROLL HALL OF FAME' with Mark & NeanderPaul on 100.7 KSLX, Phoenix. MUST SEE!!! (Video by Kenny HB Johnson)