Flashback: George Harrison Prepares Fans For The Inevitable With The Last Performance Of His Life 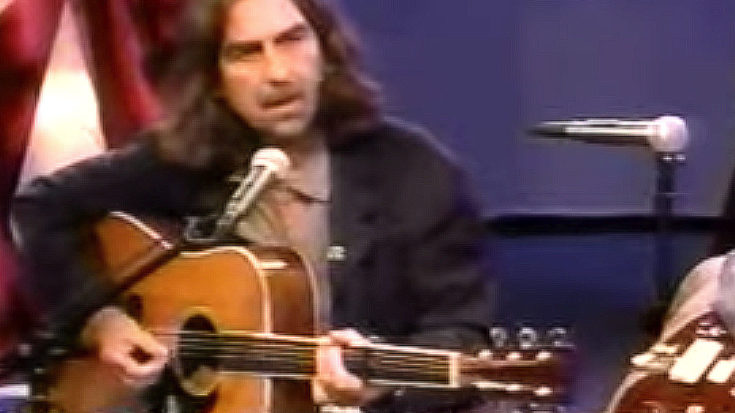 George Harrison’s death in 2001 left a gaping hole in the music world. Gone was the quiet, yet secretly funny Beatle whose introverted nature made us smile and immediately want to know more about the man behind the guitar and the world was a little darker. Before he passed, however, George gave one final televised performance; in 1997, he gave an emotionally charged performance of ‘All Things Must Pass’ during an interview with John Fugelsang.

No one had any way of knowing that what should have been a quick interview about George’s future musical plans would be the last time we’d get to see him, but it was and it was absolutely beautiful.

Written about the inherent cycle of life and death, it was an eerie foreshadowing of the 4 year battle that George would fight before eventually succumbing to cancer on November 29, 2001.

Deep down, I think George knew he was sick and had a feeling that this might be the last time we’d see him – interviewer John Fugelsang asks him to play almost anything, from Beatles covers to even “a Spice Girls medley”, but George just smiled and launched quietly into ‘All Things Must Pass’.

In true George fashion, he left us as quietly as he found us; but somehow this performance reminds us that we wouldn’t have it any other way.