Flashback: The Beatles Bring Chaos With Final Rooftop Concert, And We Still Wouldn’t Have It Any Other Way 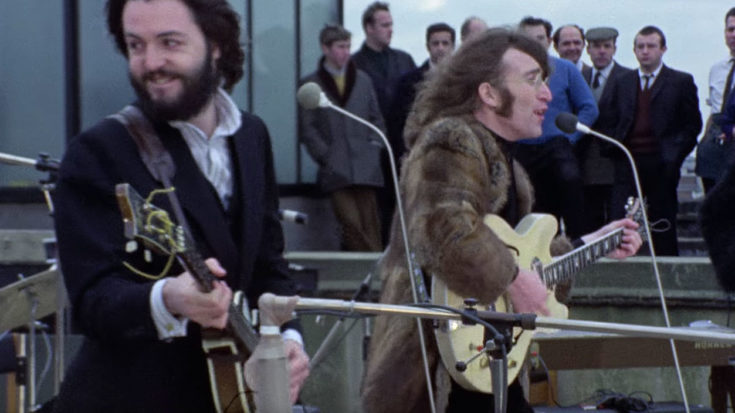 The End Of An Era

The Beatles burst onto the scene in 1964 in a flurry of funny haircuts, catchy rhythms and legions of hysterical fans, and we thought it would last forever. We didn’t know how a machine like theirs could sustain itself for years – decades even, but we just knew that it would. We were wrong, however, and all good things must come to an end; in 1969, the Fab 4 gave what was to be the final public performance of their career but in true Beatles fashion, they didn’t leave us quietly! Never ones to do things by half, The Beatles performed an exclusive rooftop concert atop Apple headquarters, surprising the quiet office district with hits like ‘Don’t Let Me Down,’ ‘I’ve Got a Feeling’, ‘Dig A Pony’ and our personal favorite, ‘Get Back’. Despite the police being called to break up the concert, no arrests were made and The Beatles played on for nearly an hour.

Ringo Starr said, “It was a memorable day for me – we were doin’ what we did best – making music. But I am still disappointed the policemen didn’t drag me off me drums!”

Fun Fact: The rooftop version of ‘Get Back’ features Paul mocking the police as they shut down the rooftop concert. He ad-libs the lines, “You been out too long, Loretta! You’ve been playing on the roofs again! That’s no good! You know your mommy doesn’t like that! Oh, she’s getting angry… she’ll have you arrested! Get back!”

The end of an era for Beatles fans, you can feel the energy in this performance. Gone are the baby faces and bowlcuts, in exchange for beards, long hair, and small families with solo projects on the horizon. They brought chaos when they arrived, and they left us in chaos with one of the finest – albeit most rebellious – performances of their entire career.

And we wouldn’t have it any other way.