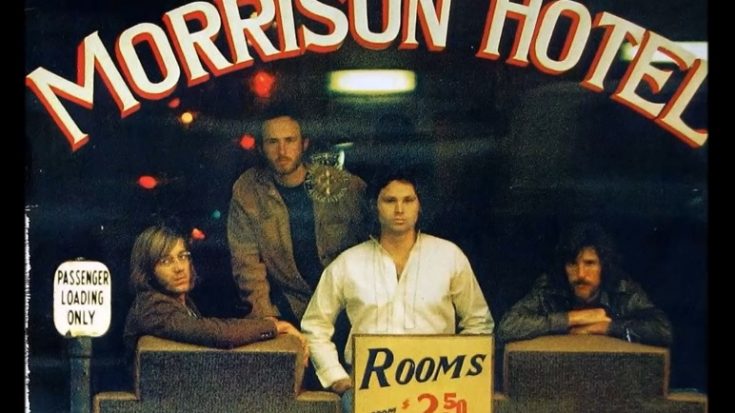 The Doors are gearing to release an extended deluxe 50th-anniversary edition of the album Morrison Hotel on October 9.

The particular configuration will be 2CD/1LP and will be comprised of bonus unreleased outtakes alongside the original fifth studio album – which has been newly remastered by Bruce Botnick on 180-gram vinyl.

Morrison Hotel was released in February 1970, which took its name from the Skid Row hotel in downtown Los Angeles which is also the subject of the cover photo taken by Henry Diltz. It features classic tracks like “Roadhouse Blues” and “Waiting for The Sun”, and went on to reach 4th place on the US Billboard while selling a million copies locally.

This new extended anniversary release will give fans a glimpse of the album’s recording sessions with over an hour of unreleased audio in the mix. “There are many takes, different arrangements, false starts, and insightful studio conversations between the band – who were in the studio – and producer Paul Rothchild – who was in the control room. It’s like being a fly on the wall,” says Botnick.

Some of the recordings highlight the evolution of tracks such as “Roadhouse Blues” and “Queen of The Highway” thanks to multiple takes, which also featured a variety of bass stand-ins like Harvey Brooks and Lonnie Mack.