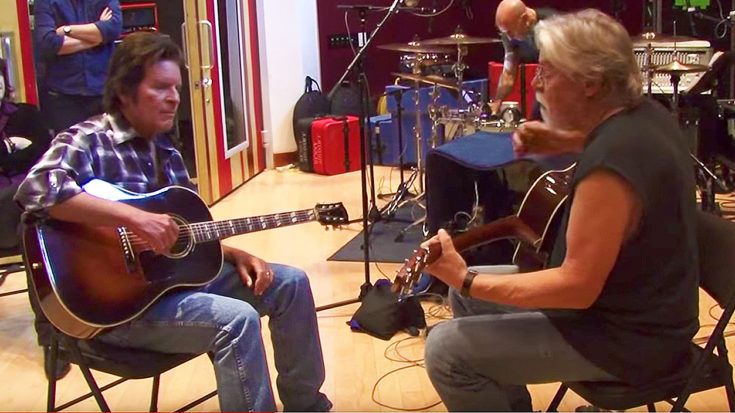 The Making Of An All Time Classic!

It’s always a treat when two legends team up to record, or perform music together. Bob Seger and Creedence Clearwater Revival’s John Fogerty have two of the most iconic voices in classic rock music history. Fortunately, the two are pretty close friends and decided to join forces to re-record this all-time CCR classic!

Seger and Fogerty hit the studio to record an exclusive version of CCR’s “Who’ll Stop The Rain.”Fogerty decided to re-record and re-release this song onto his album Wrote A Song For Everyone. The album was a compilation of CCR’s biggest hits, that were re-recorded by Fogerty and various artists like The Foo Fighters, Alan Jackson and Zac Brown Band.

Fun Fact: When interviewed by Rolling Stone magazine, John Fogerty was asked, “Does ‘Who’ll Stop The Rain’ contain lyrically specific meanings besides the symbolic dimension?” His response: “Certainly, I was talking about Washington when I wrote the song, but I remember bringing the master version of the song home and playing it. My son Josh was four years old at the time, and after he heard it, he said,‘Daddy stop the rain.’ And my wife and I looked at each other and said, ‘Well, not quite.’”

The footage displays Fogerty and Bob Seger in the studio recording vocals, guitar and mixing the brand new version of this classic! It’s two true musicians in their natural state!

Check out the video for yourself down below!