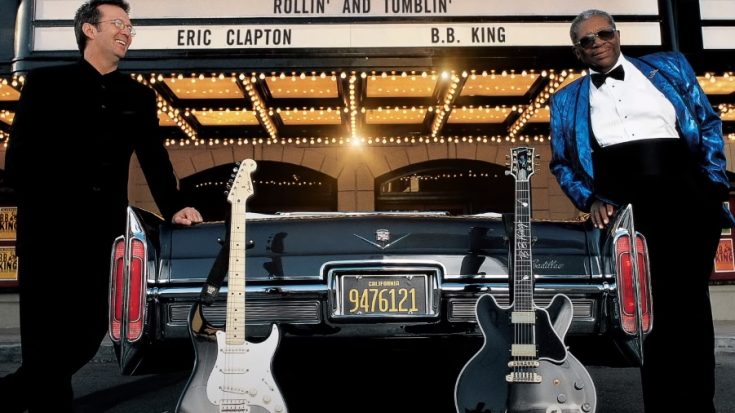 Blues legends B.B. King and Eric Clapton ‘s 2000 collaboration on the album Riding With The King will be given the reissue treatment. This will be for its 20th anniversary and will feature two previously unreleased tracks, which will be available on June 26 via Reprise Records.

First off is the track “Rollin’ and Tumblin'”, which was made famous by Muddy Waters back in the ’50s and has seen a lot of reinterpretations from various artists, including Clapton’s own via Cream’s debut album, Fresh Cream. He revisits it decades later with this collaborative effort with King, the two trading licks, and shares vocal parts for their refreshed rendition. The second one is a cover of Willie Dixon’s “Let Me Love You Baby”, with both songs having been recorded from the original album sessions – but revamped with a new mix as the original producer Simon Climie once again takes helm of the record.

The 20th-anniversary reissue of Riding With The King will be released in a variety of formats, including 180-gram black double vinyl, and a 180-gram blue vinyl double LP set – which can be bought exclusively on Clapton’s online store, as well as some indie retailers. This vinyl version of the album was mastered by Chris Bellman at Bernie Grundman Mastering in LA.

Riding With The King was made possible with the help of various guests like Andy Fairweather Low, Steve Gadd, Nathan East, Joe Sample, Doyle Bramhall II, Susannah and Wendy Melvoin and Jim Keltner.