Sammy Hagar Talks About The Future Of Van Halen 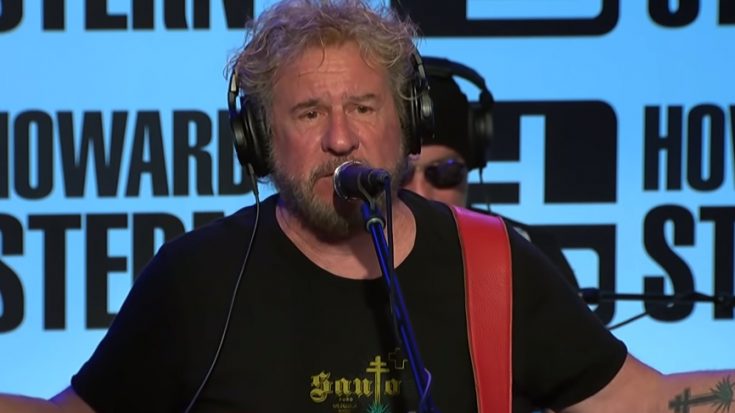 While David Lee Roth shut down any hopes of a reunion by announcing that Van Halen had called it quits last year – amidst his own plans for a Las Vegas Residency – Sammy Hagar discussed with Rolling Stone to share his views of a future Van Halen homecoming. This is despite the tension hanging in the air between Hagar and Eddie Van Halen.

Hagar said, “Until Ed or Alex Van Halen die, they’re not finished. Those are two great musicians that can friggin’ do as good as most people at half-mast. As a drummer and as a guitarist and creative person, Eddie, I can’t see them ever being finished. I wish they were more active, but I think Van Halen will never be finished.”

One can recall that the last appearance of the 1974-1984 VH lineup happened on their 1984 tour. Roth returned to the band in 2007, but bassist Michael Anthony had been replaced by Eddie’s son, Wolfgang.

“If they want to get it together, they just have to call Dave or have to call Sammy. They can go out with Wolfie as a trio, but that’s not the legacy of Van Halen. I think they know that. I’m not predicting what’s going to happen, but I would tell you if there’s concerts next year, Van Halen will probably be on tour next year,” he added.

While the coronavirus pandemic has basically closed off any kind of musical event from happening, Hagar remains optimistic – even considering a Van Halen reunion to happen. “I foresee it happening,” he said. “I’m not trying to plant a seed like I know something is happening. I know nothing. I just know what I know in my heart and my head, which is that it has to happen. Whether it’s Sam and Dave or not, I don’t know that either. But I know that Eddie and I are not done. If enough water goes under the bridge before we die, it’ll happen. It has to. God is going to slap us both around if he has to.”