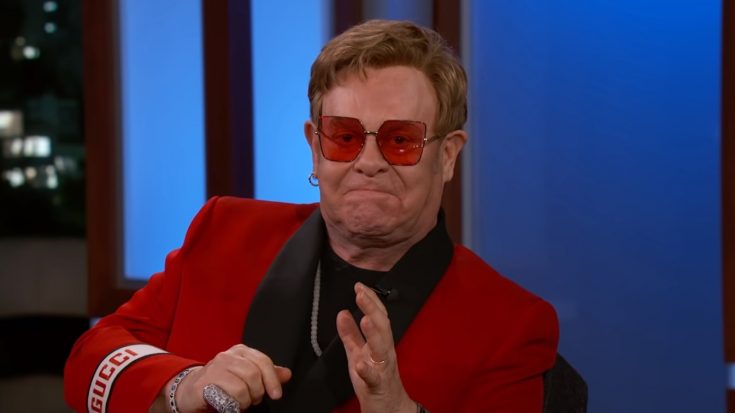 Elton John and Rod Stewart have both known each other for so many years, but it might surprise you that the two have never actually been close friends from the start. For years, they’ve been discreetly feuding, and it got worse to the point where John didn’t want to speak with Stewart anymore.

The first sign that things were about to turn terrible between them was when Stewart decided to cover John’s classic “Country Comfort.” Elton was quite irritated about this decision because Stewart altered the words of the song. However, John was merely critiquing the former Faces vocalist for his poor choice of rewriting the words; he didn’t personally attack him. Stewart then got his revenge when a banner from John’s concert was cut down during the 80s.

Albeit their strong relationship, the two have never been able to face each other and remain resentful. Over the years they’ve known each other, they respected their work and didn’t try to cross the line until 2019 when Stewart unashamedly criticized Elton’s farewell tour as a “dishonest” one that only happen to profit from it.

“He was accusing me of being dishonest about one of the biggest decisions of my life,” John wrote in his autobiography. “What’s more, I thought he had a cheek, complaining about me promoting a tour while he sat on a TV show promoting his own tour.” From then on, John refused to talk to Stewart for a long time.

Fortunately, today, the two have finally sorted out their feelings. Stewart remarked: “I was a bit spiteful when he announced his tour. I regret it, I really do regret it. So, we’re mates again now. I do love him.”