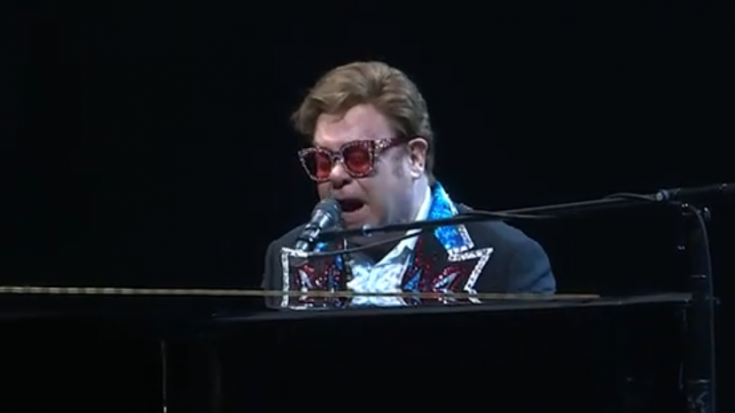 Elton John will be resuming his Farewell Yellow Brick Road tour in January 2022 with a heavy string of arena dates that start at the Smoothie King Center in New Orleans.

In a statement, he said: “I’ve been enjoying my time at home with the family while the world navigates its way through the COVID pandemic. But, I really miss being on the road and performing for my beloved fans in my Farewell Yellow Brick Road Tour. While the scientists are making great progress, we are making big plans for a return to touring that will allow us to ensure the health and safety of everyone.

“I’m using my downtime to keep myself fighting fit and healthier than ever,” he added. “I’m raring to go! As always, thank you so much for your loyal support. I look forward to seeing all you wonderful Elton John fans soon. In the meantime, please stay safe and be well. Thank you!”

He commenced the tour in September 2018 in Allentown, Pennsylvania, and was originally intended to run for three years but was cut short due in March 2020 due to the worsening COVID-19 pandemic. Plans of bringing the show to Europe in September 2021 are on the way, while a New Zealand leg will begin on January 27, 2023, at Mt. Smart Stadium in Auckland.

Elton’s Farewell Yellow Brick Road Tour will be his last time on the road and features concert staples like “Rocket Man” and “Your Song” along with deeper cuts like “Believe” and “I Want Love”.