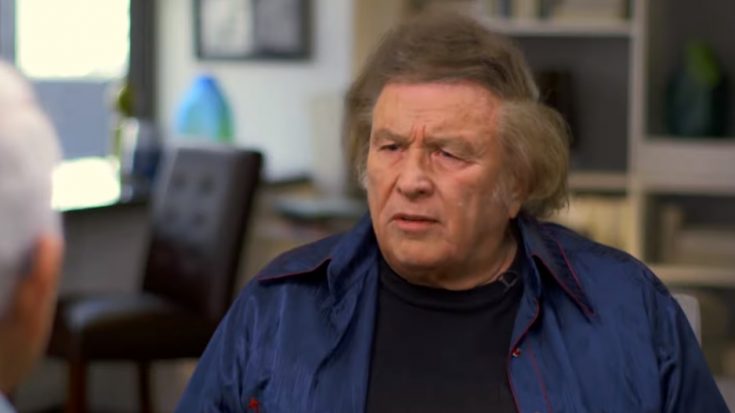 Don Mclean in an interview with Dan Rather - AXS TV / Youtube

Don McLean says that he initially didn’t get how “American Pie” blew up to be the hit it is, but speculated that it might be due to the fact that it is partly a children’s song.

Most know of the song’s inspiration as the tragic 1959 plane crash that claimed the lives of Buddy Holly, Ritchie Valens and the Big Bopper – which was collectively known in pop culture as “the day music died.” However, McLean said that it was another eye-opening circumstance that happened four years later that urged him to write the song.

On AXS’ The Big Interview, host Dan Rather asked about the song becoming a “cultural flash point” about how America was going downhill then. “Well, I was seeing that. To me, when Kennedy was killed, all bets were off. It was a much bigger event than 9/11, which was a huge event. It was the beginning of Americans being in doubt about what they believed in and who they were. That was huge,” he responded.

He followed it up by saying that an “anything-goes philosophy” has been running rampant over the past years, leading the country to the state of “decadence” it is in today. “Civility has disappeared. I’m a crazy guy. I can be a hundred different people, but I like civility,” he added.

McLean can’t explain how the song has been a cultural phenomenon for over the past half of the century, saying, “I don’t know. There are so many aspects to it. You’ll see different parts of it used all over. People use it for parodies, kids sing it, children grow up with it because on a certain level it’s a children’s song.”

“It’s one of these sort of mythical-type folk songs. The poetry is a little bit obscure, but it’s not completely unknowable — it’s pretty understandable. It’s meant to be, because it’s really a dream,” he added.