Dolly Parton Urges All To Forgive With Ode To Jesus Christ, ‘He’s Alive’ 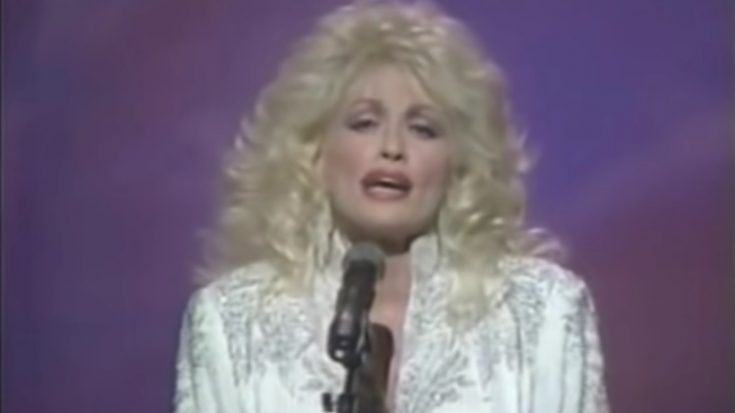 Country icon and philanthropist Dolly Parton surely tugged at heartstrings and softened a lot of people when she performed at the 1989 CMA Awards. She delivered the Don Francisco classic, “He’s Alive,” with such emotion and power to move throngs of people with her voice alone.

Parton was backed by the Christ Church choir, delivering her then-latest single in a live setting that those who witnessed would never forget. The song was originally written in 1980, giving Francisco two Dove awards, while Parton’s version ranked admirably on the Billboard Hot 100 as well as the country charts.

In a conversation with AmericanSongwriter.com, Parton shared that she immediately fell in love with the song when she heard it when browsing a small town’s radio station while she and her husband traveled back to Nashville from California. “I always intended to do it because it moved me and I hadn’t had the opportunity because I wanted to do it with somebody that was Christian. You have to really feel something and be passionate about it, and believe in it to do it…the song meant a lot to me,” she said.

Watch Dolly Parton dish out “He’s Alive” in the most wonderful, moving way possible on the video below.