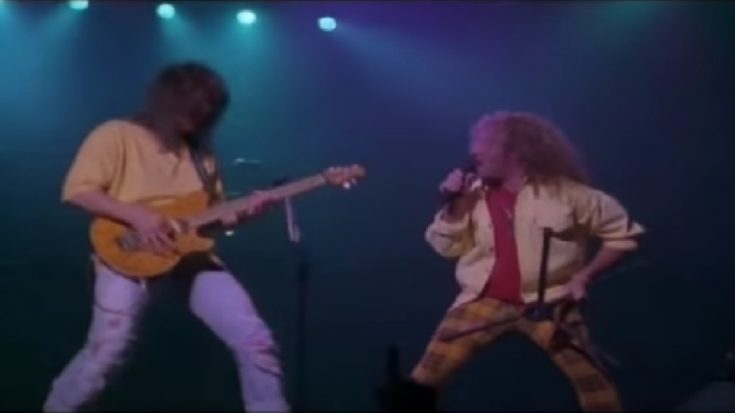 Throughout the course of time, Van Halen remained to be one of the greatest bands ever to exist in the name of music. Forming the solid 4-piece band in the 70s, it quickly gained momentum for “restoring hard rock to be the main front of the music scene,” and boasted an impressive catalog with 12 albums and countless songs.

But just like any typical band, there is, Van Halen was no pro exception to personnel changes. When original frontman David Lee Roth left the band to pursue a solo career in music, Van Halen was left with the choice to pursue another frontman that’s equally remarkable as the former. Luckily, they’ve found a great counterpart: Sammy Hagar. With the new lineup, Van Halen went on and achieve greater success in music.

The band’s first album with Hagar was named 5150 – an album that went down phenomenally that critics even compared Hagar to be the better one compared to Roth. The album produced classic Van Halen hits such as “Love Walks In” and “Dreams.”

But, what does the album’s title mean? It seemed so random for the group to name it with numbers that didn’t make sense. But what others don’t know is that the album was created inside Eddie Van Halen’s recording studio named 5150 studios. Van Halen got the idea of the studio’s name after Section 5150 of the California Welfare & Institutions Code, which permits a competent person to place someone under an involuntary psychiatric hold. Although the meaning didn’t sound so well in real life, Van Halen liked the sound of it that he used it for his purpose.

After the success of 5150, Van Halen saw the recording studio as a good luck charm that they could use to their advantage. Its succeeding albums, For Unlawful Carnal Knowledge and Balance, were also hit records that went famous.

After Eddie died in 2020, the studio was passed down to his son, Wolfgang Van Halen for ownership. In May 2021, Wolfgang addressed that he will be using the studio of his late father in creating music “for the rest of his life.”